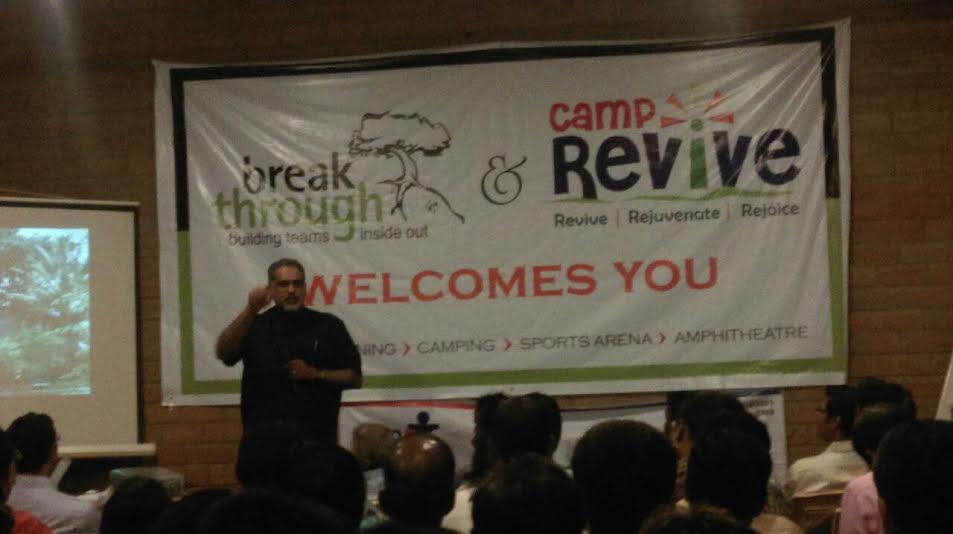 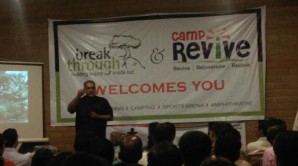 Krish Dhanam, Global Ambassador, Ziglar Group was part of the inaugural event and addressed members of the NHRD, Hosur Chapter and Junior Chamber International on the topic “The Art of Top Performance”. This was based on the book “Top Performance” by Zig Ziglar which he had co-authored. It was a fitting topic to the inauguration of the centre that will strive to bring the best from teams in corporates, colleges, schools and NGOs.

Camping which is also a key focus of the facility includes a variety of outdoor games like football, Volley ball, paint ball, along with an amphi-theatre and other camping facilities. Speaking on the opening, Francis Selvaraj, CEO, Esther Enterprises, said “The project began with a vision to provide an opportunity for people of all ages to build character through sports and to be better citizens of our nation.  We hope to give opportunities for people to revive, rejoice and rejuvenate”

Breakthrough @Camp Revive will promote a balanced lifestyle at a time when 24/7 work places have invaded the Indian Economic Scene. Due to target oriented work places, people in general have slipped into a highly depressed and inactive lifestyle. Hence, everybody needs a Revival mentally and physically.

About Breakthrough: Breakthrough is one of India’s leading outbound training companies which has been in the market for the last 14 years impacting organizations across sectors. It is a project of Sports Outreach India, a trust established in 1993. Breakthrough was founded in 2000 by Robin Paul, a former international athlete. The organization uses experiential learning to train teams on behaviors and values. The team at Breakthrough has one passion – to impact lives. The company develops high performing teams who buy into company vision, values and strategy. Hosur being the third Breakthrough, the organization two centres one in Bangalore and the other in Coimbatore located at the Prof. PRR training Centre in Annaikati. Breakthrough is certified in OHSAS 18001:2007 and ISO 9001:2008. It is also affiliated to Martin Luther Christian University, Shillong (A UGC recognized University).

About Esther Enterprises: Esther Enterprises was established by Mr C.P.Selvaraj {Ex-Army}, in the year 1980. He went through many hardships to acquire a piece of residential property after his retirement from the Indian Army. After this experience he motivated other retiring army personnel to invest in small plots which will help them to transition smoothly as they exit the army. He is the visionary of the company with valued experience in the business and continues to advise the management in its endeavours and future projects.

Today, Esther Enterprises is headed by his son Francis Selvaraj and has successfully completed over 40 residential projects in Bangalore and has over 10,000 satisfied clients and growing. Many organizations, Trusts, institutions and individual families consult Esther Enterprises for legal expertise in the field of acquiring properties for schools, colleges, social projects, factories and residential homes etc.