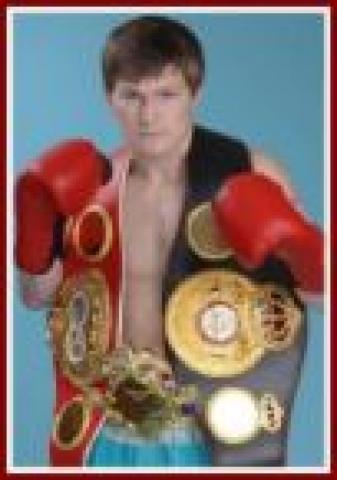 Popular British boxer Ricky Hatton is capable of hitting and hurting Filipino boxer Manny Pacquiao real bad in the early rounds of their duel slated for May 2, 2009 at the MGM Grand garden arena in Las Vegas, Nevada

If Manny Pacquiao is not careful with his defenses in the first few rounds, he might just find himself rolling over the canvas from a devastating punch by the British brawler. Hatton is a very powerful puncher and his right hand is a real killing machine.

A single, solid and lucky punch by Hatton will knock down Pacquiao and he may not be able to recover within the prescribed time. Or if he does recover, Hatton will give everything he has in his arsenal to finish him for good. And that will be the end of it all.

It is obvious that Hatton will try to match, if not overtake, Pacquiao’s speed. Pacquiao however is a good ring dancer and Hatton may have to really run to catch Pacquiao in the corner of the ring in order to find his range.

It is almost certain that Pacquiao will not engaged Hatton toe-to-toe. Pacquiao knows that if he does this, he will be at the receiving end of Hatton. Pacquiao’s option is to run and dance in the early rounds to tire Hatton a little bit and start his lethal punches in the later rounds.

‘I certainly believe I will be as fast as Manny. If I am not as fast as Manny, I’ll only be he narrowest of margins behind. He is going to get a shock. The technical side and the speed will shock him more than anything’, he told reporters.

‘To say I am confident will be an understatement. Training is going well. I’m feeling really sharp. Me and Floyd have been doing good work and obviously, the speed factor is going to be a big factor’, he added.

Hatton is convinced that he is in the best fighting form at 140 pound and added that he remained unbeaten in the weight category. He believes that he is strongest in the weight limit and much bigger in body built than Manny. He said Pacquiao has some technical ability to sort out come fight night.

If indeed Pacquiao becomes careless and take Hatton’s aggressiveness for granted in the first few rounds, Hatton will just grab the opportunity and hope to get his lucky punch find its target. A hard and solid punch must go unhampered for Pacquiao to get knocked down. Anything less, even if it lands on his jaws, will not just put Pacquiao down. He head is almost as hard as steel.

Filed under: Business, Sports
Share Tweet Pin G Plus Email
previous article: Ijaz Butt calls for restraint
next article: New Swing Set for Malia and Sasha but Where is the Puppy?