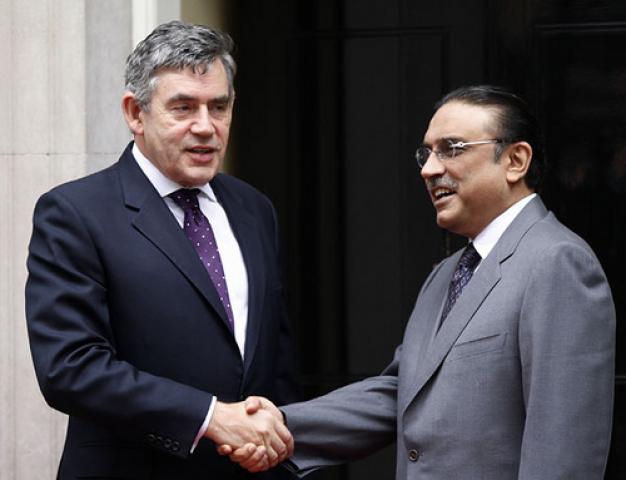 President Zardari said the both countries and are victims of terrorism.

The will provide the IDPs (Internally Displaced People) from Swat, Buner and , with necessary funds, the British Prime Minister said.

The both countries and will fight the terrorism together, the both leaders reiterated.

The British Prime Minister Gordon Brown announced the aid of 12 million pounds to the IDPs from Swat and Malakand division.

wants the elimination of all the militants’ heavens from the tribal areas of , he added.

The Pakistani Chief of army staff (COAS) General Ashfaq Perviaz Kayani has instructed the army to ensure minimum collateral while battling with Taliban insurgents in Swat, Buner and Dir.

COAS said the army will provide the support to government and international agencies in managing the IDPs.

The army will give the items of its ration likewise flour, sugar, cooking oil etc. to the IDPs in the camps.

On the other hand, The Pakistan army is also sending its medical team and resources in all the IDPs’ camps, it is also announced.