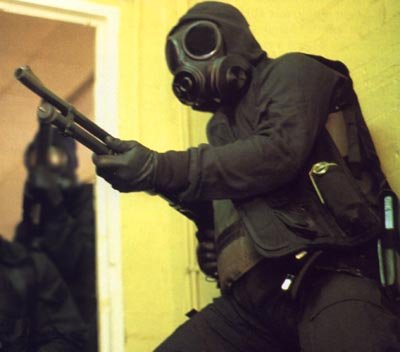 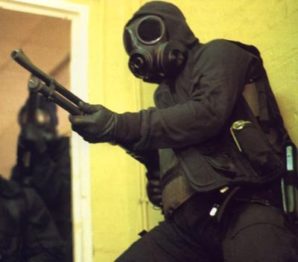 The S.A.S. has carried out many operations over the years, including everything from counter-terrorist assaults in the glare of the media spotlight to covert operations (with the SBS assigned to Afghanistan). It’s reported that the SAS Squadron in Iraq is operating as part of ‘Task Force Black’ – the British contingent of US-led Task Force 88, tasked with hunting down Al-Qaeda leaders in the country.

Serving as a model for special forces around the world, the  Special Air Service (SAS) lead the way. Precious little publicly verifiable information exists on the SAS, as the United Kingdom Government does not usually comment on special forces matters due to the nature of their work.

But here is what we know about them:

Each Regiment has squadrons. 22 SAS Regiment for example has four operational squadrons: A, B, D and G. Each squadron consists of approximately 60 men commanded by a major, divided into four troops (each troop being commanded by a captain) and a small headquarters section.

Troops usually consist of 15 men, and each patrol within a troop consists of four men, with each man possessing a particular skill: signals, demolition, medic or linguist in addition to basic skills learned during the course of his training. The four troops specialize in four different areas:

In war SAS are intelligence gathering units. They go behind enemy line to coordinate offensive operations.

Filed under: Military, News
Share Tweet Pin G Plus Email
previous article: President Mahinda Rajapaksha regime allows their ministers to disgrace foreign diplomats
next article: Thousands of certified agents and brokers across the US are ready to help individuals select a health plan under Obamacare