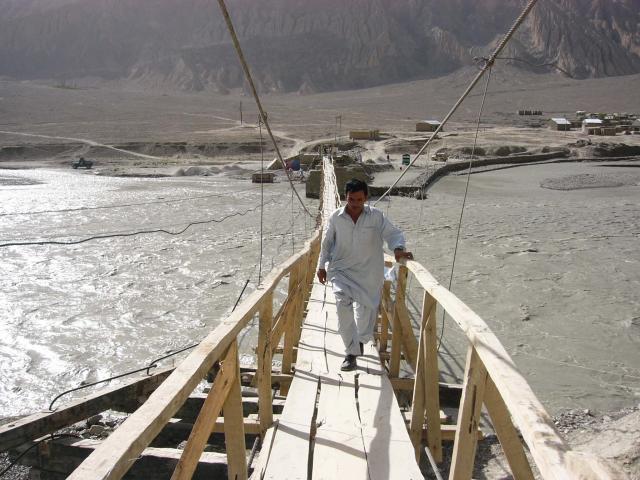 CHITRAL: As well as two people were died in different incidence and accident at Chitral. According to detail a school going student Fazlur Rehman was walking near Paryeat and fell down in to the river. He was drowned and died on the spot. The local people tried to save him but failed. His dead body was not recovered until filling of this report. An other man Asadur Rehman resident of Garamchishma was died when he was fell down from hillock. He was working on an irrigation channel. Resident of the area have appeal to Chief Minister NWFP for compensating the bereaved families of both sorrowful cases where two precious lives were expired.

CHITRAL:  A Jeep able bridge at at Brep village which is connecting Yarkhun valley, with other sorts of Chitral had been damaged by heavy flood in the year 2005. Its tender was also awarded to a local contractor costing some 10.5 million rupees but work was left incomplete. The work was not completed after passing one year of its budding. Some 25000 population living across this bridge but they are facing great hardships especially it is not possible for women folk and children to cross this bridge. This feet able (pedestal bridge) is also can be cause of a big accident as a young was died when fell down in river from this bridge. The dwellers of the area living across the river are also facing food shortage because transportation of food is not possible through this bridge. It is worth to mention here that this is the only bridge connecting Brughul and Yarkhun valley (on the border of and a gate way to ) with Chitral but the inhabitants of the area also can not thresh their wheat as thresher machine can not go across the river. The people of the area also criticized their elected representatives and Nazim for taking no interesting in solving of their problems. Elites of the area have appeal to President and Prime Minister of Pakistan as well Provincial Chief Minister for releasing of fund and issuance of a directive to concern quarter as well as contractor to complete work on this bridge so as to solve communication problems of thousands of people living across the river.