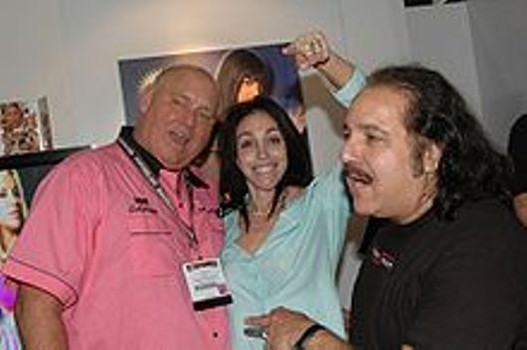 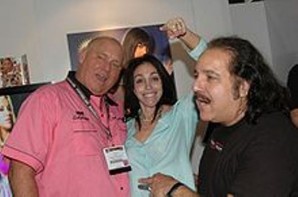 Heidi Fleiss, Dennis Hoff setting up a brothel near AREA 51 that will house a number of prostitutes where femme fatals, spies could work “under cover” and ply men for information about the the research and activities at “Groom Lake” Nevada.

Honey traps, also called “honey pots,” have been a favorite spying tactic as long as sex and espionage have existed—in other words, forever. Perhaps the earliest honey trap on record was the betrayal of Samson by Delilah, who revealed Samson’s weakness (his hair) to the Philistines in exchange for 1,100 pieces of silver, as described in the Book of Judges.

Honey traps are one of the oldest tricks in the books when you want to ensnare military and government scientists in revealing details of their job.

Now some are worried that a science fiction themebrothel, located down the road from AREA 51 and the top secret research facility of “GroomLake” may be targeted by femme fatale spies, working “under cover literally as prostitutes. They call the brothel “AREA 69”, which is currently under construction.

“Because of its close proximity and location, the brothel, gas station and convenience store will see a lot of truck and vehicle traffic from and to ‘the base’ – which official doesn’t exist. It is conceivable that a femme fatal or spy could work at the brothel and target men thought to work at the base in some capacity. Men get lonely and form relationships sometimes with whores at the brothel. Ply them with drinks and ask leading questions and they could reveal secrets about what they do at the facility at Groomlake…”, says Tony Gibbs of Charlotte, N.C. a private security consultant for high level corporate executives. “Why else would you set up such located out in the middle of nowhere but America’s most secret research facility”, he said.

The classic “honey trap” is seduction to extract secrets. Perhaps the best-known trap layer was the Dutch exotic dancer Mata Hari, who was executed by firing squad in France in 1917 for allegedly passing secrets along to the Germans. Other times, spies set honey traps to draw their victims into their enemy’s clutches.

Partner in this new venture is Heidi Fleiss, the former Hollywood Madame who was arrested in the ’90s for running a high-price prostitution ring., whose clients included the rich and powerful.

Fleiss lives in Puhrump, Nevada and is business partner with Dennis Hoff, owner of the notorious “Bunny ranch”.

Now she fashions herself as the “alien Madame”, right down to designing and ordering skimpy spacesuit costumes and star trek props for the employees. She draws some of her inspiration from an unusual film choice: “Avatar.”

“You want sexy, ‘Avatar’ sexy aliens,” she said. “Sexy aliens that’s the way we are going.”

While some critics might say the brothel exploits women, others say it is designed to exploit men, lonely men…

“It could be an espionage concern”, says Denny McArthur of Charlotte, who suspects the brothel could become a haven for foreign femme fatale spies.

Hoff says the location has more to a marketing ploy to cash in on the Roswell Alien crash. Area 51 attracts about 10,000 “unwanted” visitors every year by some estimates who are curious to see how close they can get to AREA 51 and try to record evidence of flying saucers and UFO…Some of these however are actually experimental aircraft being tested at top secret base near Groom lake research facility.

Area 51 is a military base, and a remote detachment of Edwards Air Force Base.

It is located in the southern portion of Nevada in the western United States, 83 miles (133 km) north-northwest of downtown Las Vegas. Situated at its center, on the southern shore of Groom Lake, is a large military airfield. The base’s primary purpose is to support development and testing of experimental aircraft and weapons systems.