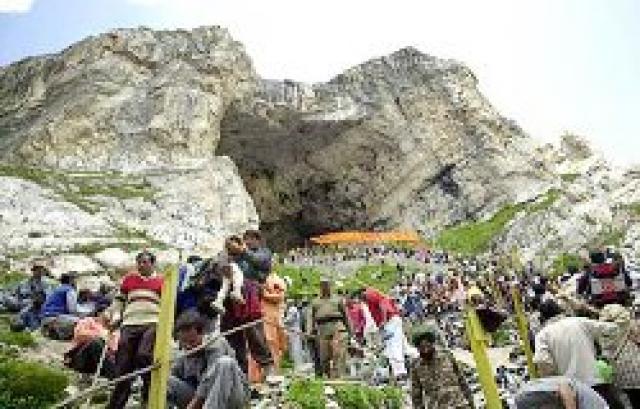 , January 10 (Vijay Kumar) – The Bharat Sanchar Nigam Ltd(BSNL). shall provide adequate landline and mobile telephone connectivity during the Amarnathji Yatra 2010, along both the Pahalgam and Baltal routes to the , for the convenience of the pilgrims.

For this purpose, a detailed plan of action is being prepared by the BSNL for timely providing the necessary facilities for the Shri Amarnathji Yatris.

Decision to this effect was taken at a high level meeting held under the Chairmanship of the Secretary, Department of Telecommunication, Government of India,  P. J. Thomas, at .

This meeting was convened at the instance of the Jammu and Kashmir Governor,  N. N. Vohra, who is the Chairman, Shri Amarnathji Shrine Board, who had, in November 2009, taken up this important matter with the Union Communications Minister,  A. Raja.

The Principal Secretary to the Governor and the Chief Executive Officer of the Shri Amarnathji Shrine Board,  Raj Kumar Goyal and the senior officers of the Union Ministries of Home and Tourism, CMD, BSNL and the J&K Home Department participated in this high level meeting.

The Shrine Board has expressed its gratitude to the Department of Telecommunications and the BSNL for their decision to provide timely   telecom infrastructure for the benefit of Yatris. This facility will also enable the Shrine Board to more effectively manage the administration of the ensuing Yatra.

Goyal added that this is one of the important initiatives which has been planned by the Shrine Board to enhance the facilities to be provided to the pilgrims who visit the . He stated that the Board has been, for the past sometime, working on a number of other important issues aimed at improving the facilities for the pilgrims during the ensuing Yatra 2010. These, interalia, include initiation of a clear cut process to timely register the Yatris, to provide them insurance coverage against accidental death and improving the procedure for setting up of Langars. Besides, the Board is also in the process of finalizing the  location specific Master Plans for various Camps, at the Base Camps and  along both the routes, for the more efficient provision and management   of various utilities. The details of these various initiatives are being finalized within a fixed timeframe, on the instructions of the Chairman, he added.