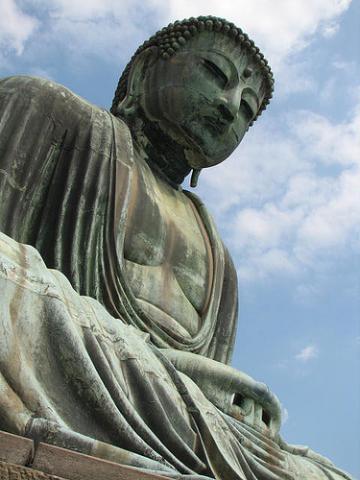 Although some Japanese people opt for Christian or Shinto weddings, funerals are traditionally Buddhist ceremonies. But as Buddhism becomes less and less a part of the daily lives of the Japanese, it seems that Buddhism is a religion only relevant to the dead. Increasing numbers of people now feel free to choose alternative ceremonies even for funerals, such as Christian services or cremation. Traditional funerals are expensive, and offer little in the way of meaningful sermons. Ryoko Mori, chief priest of a 700-year-old temple, explains, “That’s the image of funeral Buddhism: that it doesn’t meet people’s spiritual needs.”

Congregations are dying out and priests are forced to take on second jobs to support themselves. Times are particularly hard in rural areas, where older congregants are dying out and younger ones fail to fill their places. One priest expressed doubts about having his son inherit his title, lamenting that, “considering the future, pressuring a young person to take over a temple like this might be cruel.”

The stronghold of Buddhism seems to be wavering on a worldwide scale. An American study found that that Buddhists, especially those who had converted, did not even attempt to teach their children about the faith or encourage them to practice. A religious studies professor at Hamilton College confessed, “I do worry about Buddhism in America evaporating with time.”

Meanwhile, in Tibet, a country where Buddhist faith is intrinsically linked to government rule, the Dalai Lama threatened to resign in March 2008 if violence did not stop. While some support his threat as a wake-up call and possible power play in the conflict with the Chinese, according the Los Angeles Times, he “risks undermining a pillar of Tibetan Buddhism.”