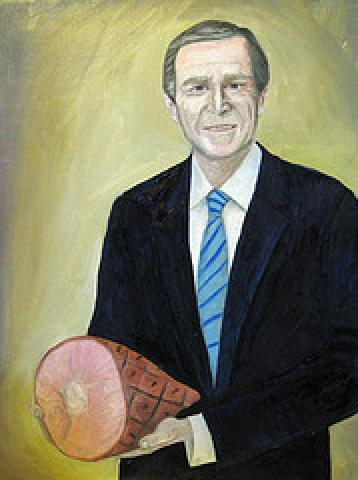 President Bush overstepped his authority when he ordered a Texas court to reopen the case of a Mexican on death row for rape and murder, the Supreme Court said on Tuesday.

In a case that mixes presidential power, international relations and the death penalty, the court sided with Texas and rebuked Bush by a 6-3 vote.

The president was in the unusual position of siding with death row prisoner Jose Ernesto Medellin, a Mexican citizen whom police prevented from consulting with Mexican diplomats, as provided by international treaty.

An international court ruled in 2004 that the convictions of Medellin and 50 other Mexicans on death row around the United States violated the 1963 Vienna Convention, which provides that people arrested abroad should have access to their home country’s consular officials. The International Court of Justice, also known as the world court, said the Mexican prisoners should have new court hearings to determine whether the violation affected their cases.

Bush, who oversaw 152 executions as Texas governor, disagreed with the decision. But he said it must be carried out by state courts because the United States had agreed to abide by the world court’s rulings in such cases. The administration argued that the president’s declaration is reason enough for Texas to grant Medellin a new hearing.

The president may not “establish binding rules of decision that pre-empt contrary state law,” Roberts said. Neither does the treaty, by itself, require individual states to take action, he said.

Justices Stephen Breyer, Ruth Bader Ginsburg and David Souter dissented. The international court judgment should be enforced, Breyer wrote. “The nation may well break its word even though the president seeks to live up to that word,” he said.

Justice John Paul Stevens, while agreeing with the outcome of the case, said nothing prevents Texas from giving Medellin another hearing even though it is not compelled to do so.

“Texas’ duty in this respect is all the greater since it was Texas that — by failing to provide consular notice in accordance with the Vienna Convention — ensnared the United States in the current controversy,” Stevens said.