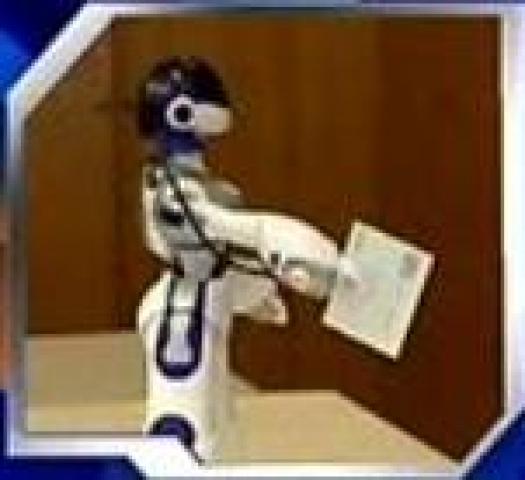 Few days ago, hot news in IT section in a local newspaper in my country caught my sight, the news was about ’s success to finally launch a robot girlfriend.

Uhhh, what a pair of words, ROBOT + GIRL FRIEND. The company named the newly invented creature, EMA, Eternal Maiden Actualization in full meaning. A 15 inch tall robotic creature having most of the girlish attitude with the capability of kissing, singing, dancing and blah blah blah.  Don’t know if the company has given her (?!?!?) the privilege to make sex or not? But the thing is clear that, it’s made for entertain lonely man infact.

Now my question is in are the girls only an equipment to do all the tasks what can an EMA do? Or an real girl has any significance in her which can prove her better than an EMA. But I am sure the guys in will might prefer an EMA in some point of view, an EMA can’t oppose in decision making like real girls.

Now Japanese Girls, what do you think? Where is your position, better or worse than an EMA? Actually now a day living in a Global World it is not fair to ask this question only to Japanese girls. It’s the question to all the girls throughout the world. Don’t you thing this types of inventions are a bit insulting to you.

For the reader’s kind information, one thing I should say, I’m neither a girl nor a feminist. But my point of view says this type of business activities should not be privileged to play and make money on human emotion. Otherwise one day will come when our creations like EMA will rule over us. What do you think?