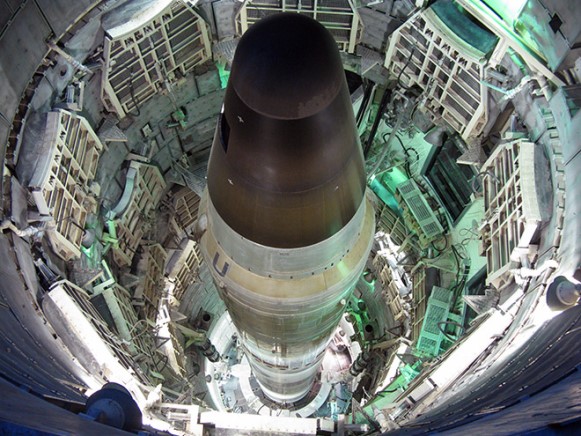 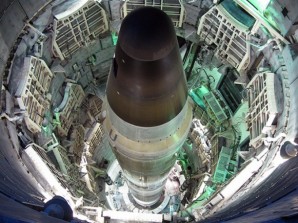 Minuteman ICBM missile carrying multiple nuclear warheads (called MIRVs) primed and ready for launch at a Montana military base. Minuteman 3 nicknamed: “City killer” by Air Force crews for its destructive potential to obliterate millions of people with a single blast.  This ICBM missile aimed at the Russian capitol of “Moscow”, according to one unconfirmed report. It should be noted that Moscow has a population of 11.5 million human beings many of whom will die instantly should this missile be launched and reaches its objective in this case. That is death on a truly unimaginable scale.

The SPEAKER pro tempore. The Chair recognizes the gentleman from Oregon (Mr. Blumenauer) for 5 minutes.

“Mr. Speaker, before turning to the subject at hand, I really hope that people look at the CBO report that was referenced by my good friend from Pennsylvania, and you will find that the 2 million people who would no longer be working, are not going to increase unemployment. The unemployment rate will be lower. There are people who are trapped in the workforce now because they can’t afford health care. The Affordable Care Act will actually enable some people to retire who want to retire or stop working a second job. Read the report and find out that this is actually a very positive signal.

But, Mr. Speaker, I am here today to reference something else that was in the newspapers. The papers are filled with scandal about the nuclear weapons program. The real scandal is not the cheating or drug use by people with their finger on the nuclear button. The scandal is that these people are there on the job at all, with these nuclear weapons; jobs and nuclear weapons that should no longer exist.

Don’t get me wrong. The alleged drug use by the people who stand watch daily with a finger on the nuclear trigger, or that were cheating on their proficiency exams, is outrageous, but it is scandalous that we are frozen in time linked to a nuclear Cold War past and committed to wildly wasteful spending.

In Eric Schlosser’s recent book called “Command and Control,” there are terrifying examples of what were termed “broken arrows,” nuclear mishaps.

In North Carolina, a B-52 fell into a tailspin carrying two hydrogen bombs, each 250 times more powerful than Hiroshima.

There were numerous instances when our bomber fleet, which used to be on the runway idling, on alert 24/7, was prone to catching on fire while packed with nuclear bombs.

A few years ago, there was a B-52 which flew across the country unknowingly carrying six nuclear-armed air-launched missiles.

By no stretch of the imagination, do we need these 450 intercontinental ballistic missiles on alert, plus nuclear armed bombers, all on top of our nuclear submarine-based missiles? We don’t need a fraction of this weaponry. At most, we need perhaps one scaled-down system. There is nobody left to deter. We are competing in Russia in the Winter Olympics right now.

A small portion of one of these delivery systems is all the nuclear deterrence we could ever possibly need. The larger and more complex the infrastructure is not just more expensive, but more prone to mistake.

We are talking about upwards of $700 billion over the next 10 years in operations, modernization, new systems, new nuclear submarines. It is outrageous. It is dangerous. Let me put that in context. $750 billion is more than the Federal Government will spend on education in its entirety in the next 5 years.

It is time for Congress and the American people to put an end to this”, said Rep. BLUMENAUER