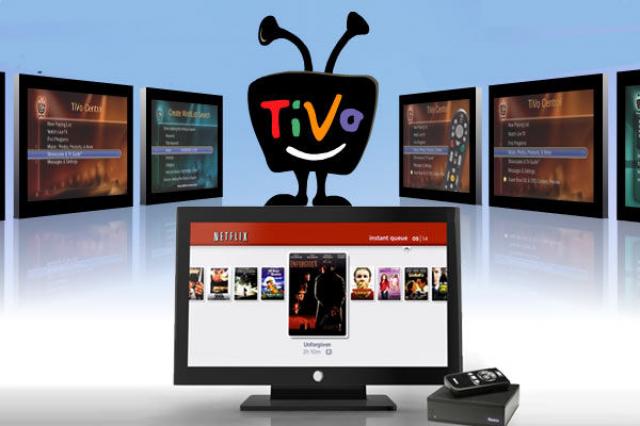 Earlier this year, Netflix went global. The streaming service went live in 190 countries, but to the dismay of customers, its entire show catalog did not. Many shows from the American, Canadian, and UK versions of Netflix were missing in other countries. Even before the global rollout, tech savvy binge watchers around the world bypassed the geographic content licensing restrictions by using virtual private networks, or VPNs. A VPN is a software service that routes a user’s traffic through a server in a location of their choosing, in this case, the United States. A VPN makes it look to Netflix as if the user physically resides in the US, granting access to the full catalog of shows and movies.

Shortly after the global expansion, however, Netflix started blocking VPN and proxy users to protect copyright holders and distributors. Netflix customers who attempted to watch over a VPN connection, whether they were located in the US or not, received an error message instructing them to turn it off.

Despite the outcry from VPN users around the world, Netflix has stood firm on its stance against VPN users. For awhile, it looked as though Netflix had won, with VPN customers from nearly every provider complaining about the error on social media and blogs.

However, now the tides are turning. Users and VPN providers alike are discovering new tactics to bypass the Netflix proxy error. Netflix has engaged in a never-ending game of whack-a-mole as new circumvention methods continue to surface. Here are three tested and proven methods for watching US Netflix from abroad.

The Netflix proxy ban hit almost all VPN providers, but not all of them just laid down and took it. Several VPN providers found workarounds and implemented them on a select few servers. Comparitech compiled a list of VPN providers that won’t trigger the error message when watching in a web browser. Most won’t publicly advertise which specific servers to use, but in most cases, customers can just ask customer service to get a list. ExpressVPN, StrongVPN, LiquidVPN, NordVPN, Buffered, and VyprVPN all work as of the time of writing.

Netflix could block these servers at any time, but most seem to be holding up well. If you discover that Netflix has suddenly blocked a working server, just ping customer support, and they will probably be able to direct you to another one.

If you have a bit of technical know-how and none of the commercial VPNs seem very enticing, another option is to build your own VPN. The advantage is that you get a server all to yourself, and services like AWS make it easy to switch IP addresses if it gets blocked. The downside is you only get one server location and IP address.

All of these tools, except server hosting fees, are free and open source. Amazon even has a free tier for the first year of use for new EC2 instance users. That means if you are keen on rolling your own VPN/proxy with Amazon Web Services or the Google App Engine, you can implement it yourself.

Finally, DNS proxies spoof your location by sending web page requests to a server in the United States rather than through your local ISP. The DNS system is sort of like a phone book for the internet. It is the reason you can type “www.google.com” into a browser’s URL bar instead of a string of numbers and decimals. By changing the location of the phone book, it appears to Netflix as though you are in the US instead of your real country.

The option to alter your preferred DNS server address is built into the internet settings of most devices, and doing so only takes a few minutes. DNS proxies are also referred to as Smart DNS or DNS codes.

Prospective users ought to be wary, however, as many DNS services have proven to be shifty, especially those who claim their service is free. A malicious DNS server can direct you to malicious websites, inject advertisements, or mine your web traffic for private data. Unlike VPNs, DNS proxies are not encrypted, so traffic is vulnerable to snoops. On top of that, DNS proxies are very easy for Netflix to find and block. A DNS proxy provider might just be looking to make a quick buck, and won’t offer support or fixes should Netflix add it to the blacklist.

As of the time of writing, the vast majority of smart DNS providers have been blocked by Netflix. The only one known to work still is Unblock-Us. You must verify your device’s IP address to ensure you are a customer and prevent abuse.

Until quite recently some users evaded Netflix’s geographic restrictions by using an IPv6 tunnel broker. Typically, this service is used to access IPv6-enabled web pages and devices through the aging IPv4 protocol. It is typically used by people on old networks that have not upgraded to IPv6. IPv4 traffic is sent through a tunnel to a server, where it is “converted” to IPv6. As it turns out, some of those servers are located in the United States, making it a viable method to bypass Netflix’s firewall.

Unfortunately, Netflix has cracked down on tunnel brokers as well, in some cases blocking IPv6 traffic altogether and forcing users back onto the older IPv4 protocol.

If you want to bypass the Netflix proxy error, we recommend the above solutions in the order they are listed based on reliability, speed, and security. Always use reputable VPN and DNS proxy providers, and don’t be tempted by offers that seem too good to be true. If you want a reliable and safe way to watch American Netflix from abroad, you will have to pay a little extra.

Know of more ways to watch US Netflix from outside the country? Let us know in the comments!