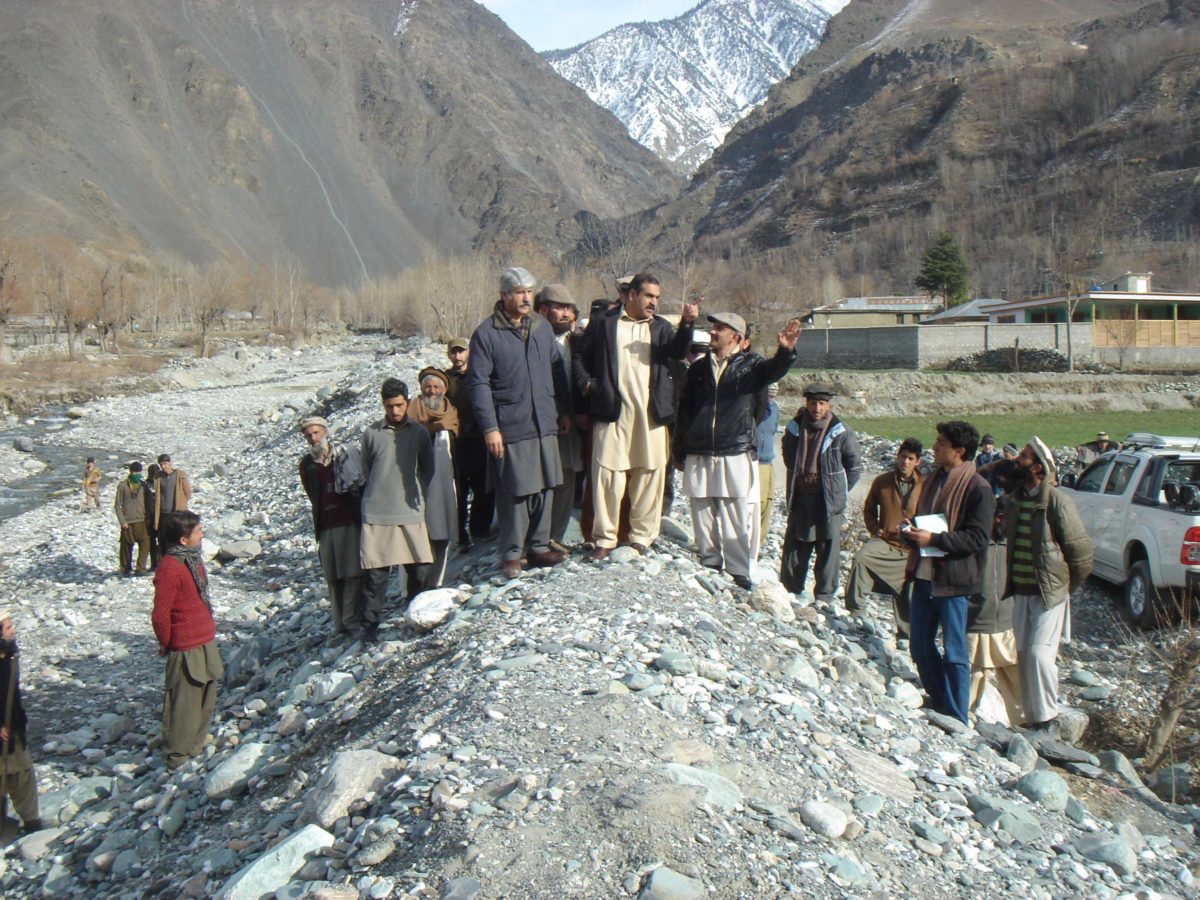 DC Chitral inaugurated protection bund and excavation work of Jughor nulla to save the valley.
By: Gul Hamaad Farooqi
CHITRAL: Deputy Commissioner Chitral Muhammad Shuaib Jadoon highly hailed role of civil society organization in development of Chitral as well as in rehabilitation of disaster hit areas and its victims. He said that this is difficult for government having limited resources to overcome all issues in such a vast area like chitral. He was addressing on the occasion of inauguration ceremony at Shooth Jughor village of construction protection wall and excavation of the flood nulla to save the valley. He stressed upon the local people to play vital role to success this plan for protection of this beautiful valley. He said that such type of natural calamity and disaster is a test of our Allah Almighty and we should to tolerate it and to support each other in this eve of trouble. He highly hailed role of Chitral Integrated Area Development program (CIADP) for providing fund for this purpose.
Program coordinator of CIADP Asfandiyar Khan said that we have released 6.4 million rupees for this purpose in which 0.6 million share of local community. He said that CIADP initiating different developmental and rehabilitation plans with collaboration in district government and local support organizations. Shahzada Mudasirul Mulk of Creative Approach for Development (CAD) who providing technical support in this scheme also thanked CIADP for providing fund for protection of this valley. He said that they have launched a number of developmental and protection work at different parts of Chitral.
Muner Ahmad advocate and other speakers said that last year in August 2013 Jughor was hit by tremendous flood causing for damaging of dozens of houses as well as took lives of three children. They said that flood victims are still waiting of relief cheques (fund) from district administration. They said that standing crops and houses of this village were damaged in flood but they were not compensated by government. They said that the present protection wall is very necessary for protection of the valley as well as excavation of Jughor nulla (flood stream) its surface already has raised can be cause of destruction in case of flood. They also demanded for more fund for protection of the valley and to compensate flood victims. A large number of people belonging to all walks of life attended the ceremony.
G.H. Farooqi C/O Manager bank Islami Main branch Chitral phone No (0092) 0943-320737, 0943-316052, 0943-414418 , 03025989602, 03337069572, 03159698446, 03469002167
email: gulhamad@gmail.com 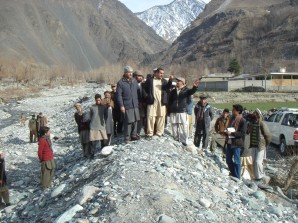