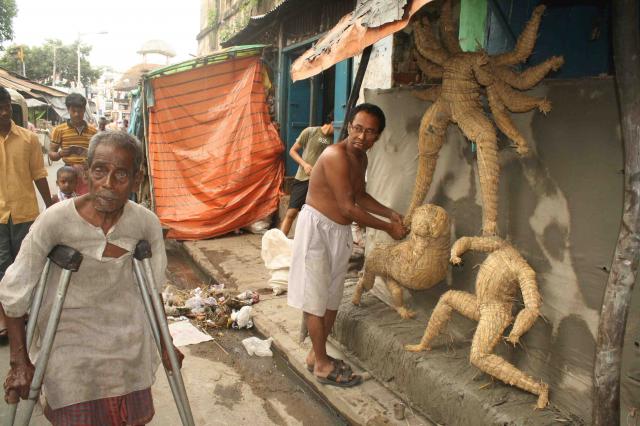 Durga Puja is celebrated with joy all over India especially West Bengal.People send Durja Puja gifts to dear ones and express good wishes to them. Durga Puja is celebrated in the autumn months of September-October. Calcutta and other parts of Bengal, where the festivals are most grandly celebrated and it is considered utmost important to worship Goddess Durga on this day. Devotees line up from the early hours to offer flowers(anjali). After the prayers, the Prasad (sacred food) is distributed. Priests perform rituals by chanting religious verses.Bengalies prefer non-vegetarian foods in this day.

The four days of Puja (Autumn Festival)  start from Oct. 3 the sixth day of the full moon  that follows the Mahalaya and ends up with the Bijaya Dashami. According to Hindu scriptures, Durga is the wife of God Shiva, the Hindu Goddess emerged when evil forces threatened the very existence of the Gods.Durga killed the powerful demon Mahishasur.