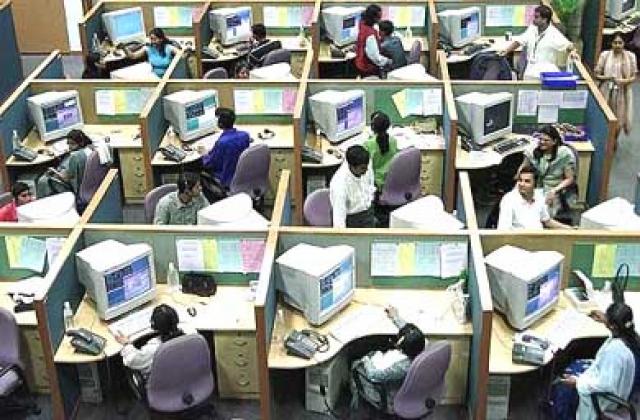 A friend of mine who has typical middle class ambitions for his children was recently worried that his children might not choose to pursue them. Not that he wanted to impose his dreams or wishes on his children. He was happy for his children to do any thing they considered worthwhile, as long as they took up some thing that was honorable and respectable and made the maximum use of the skills and abilities they had.

His greatest worry was that his sons might be bitten by the call centre bug and might not even explore the boundaries of their potential. Instead of trying to explore what else they could do that might hone their god given gifts, they might just settle down into a mediocre routine that would make them relatively well paid but glorified clerks .His even bigger worry was that his son’s peer group and even his social mentors thought that this was fine. If you went down this route, you earned enough to get by and there was supposedly more time for leisure and recreation that most people living in the cities seem to miss out on.

There was a time in the not too distant past when the specter of the educated unemployed in India was huge. In a typically controlled economy, jobs were scarce as they were largely available in the government sector and the public sector companies. This led to the phenomenon of candidates paying several months of their salary to middle men to be assured of jobs. Justice Rajinder Sachar in an article written for the Hindu in 2001 bemoaned the fact that for recruitment to the lower constabulary, bribes up to a couple of lakhs of rupees per post have to be paid to political masters

In such a situation of course BPO emerged as the silver lining. Being a sunrise sector, jobs started shifting from the recession-hit industries, providing employment to a large number of youth entering the job market and ready to grasp new opportunities. The Hindu in another analysis says that Call Centers brought sizeable income to those who were worried about their careers and brought economic independence to many young people.

However the same analysis asks worrying questions to suggest that my friend’s worries about his sons are not unfounded. The article titled “BPO fallout: Youth shelving books for bucks” goes on to say that while Call Centers provided employment to those who did not have access to higher education owing to financial or other such constraints, The lure of big bucks offered by BPO units has seen a large number of students dropping out of colleges and opting for jobs instead. And eventually the sector may turn out to be a catchment area for all those who prefer money to education unwilling to give up a bright today for an unknown tomorrow.

As in any sunrise industry, the social dynamics of the sector are yet to be studied in depth though the stress and frustration associated with this line of work is beginning to be documented. Further a cultural divide between IT sector employees and local citizens is beginning to emerge and it seems that while economic prosperity might have reduced poverty levels, it has also widened inequalities, particularly in urban areas. Outlook magazine had documented some thing similar recently with respect to Bangalore.

According to an article on the Internet portal rediff.com, It is a well-known fact that many call center executives today are expressing concern about their lifestyles and general health. The fact however remains that the lure of big money is irresistible to youngsters. However, the lure of the industry remains. No other industry offers freshers a pay of Rs 12,000 that too as soon as they have cleared Class XII. The perks are also awesome — pick-up and drop facilities, swanky offices, subsidized canteen facilities, regular parties, incentives and bonuses. And the only skill one needs to have is good communication and language skills. Some thing that all those working with young people and counseling youth should be tracking with concern.