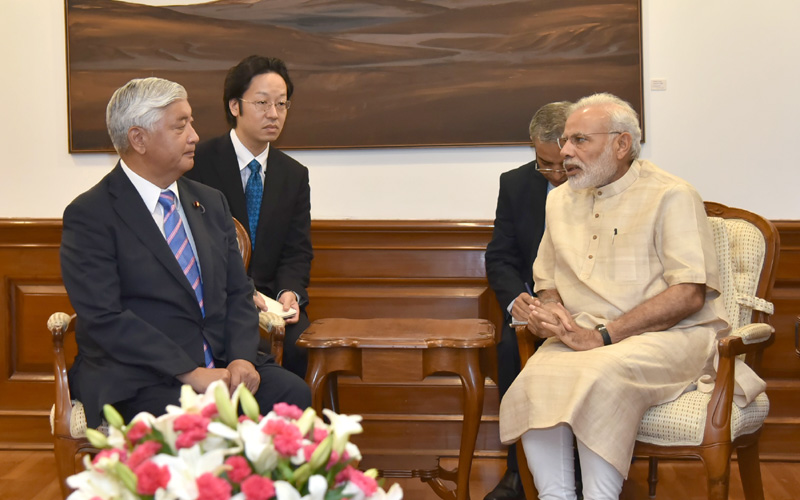 Welcomes Japanese Participation At The International Fleet Review In Vishakhapatnam

Mr. Nakatani briefed the Prime Minister on the bilateral defence cooperation initiatives. The Prime Minister welcomed Japanese participation at the International Fleet Review in Vishakhapatnam in February 2016, and in the Malabar Exercise off the Japanese coast in June 2016.

The Prime Minister said that he is looking forward to his visit to Japan later this year for the Annual Summit.