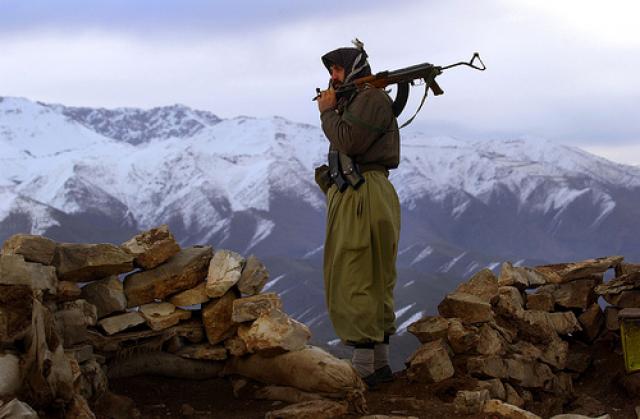 Eighteen ethnic Kurds have died under suspicious circumstances during mandatory military service over the last five years, say human rights lawyers and relatives of the deceased.

While no official information has been made public about the circumstances of the soldiers’ deaths, military officials attributed them to suicide, said some of the relatives and an Al-Hiska-based lawyer and human rights advocate, who wished to stay anonymous.

Many of the families of the deceased claim that the authorities failed to provide them with sufficient information about the circumstances of their sons’ deaths, which took place at various military bases throughout Syria while the men were serving two-year stints of mandatory national military service.

Kurds are the largest ethnic minority in Syria, making up less than ten per cent of the country’s population. International human rights groups say that Kurdish activists are mistreated and persecuted in Syria.

His relatives, who live in the city of Amouda in Al-Hiska province, say they received a call from a Syrian army officer on March 16, 2004, to tell them that Jando had committed suicide.

Family members said that they tried to investigate the circumstances surrounding his death, but were prevented from doing so.

“Security officials told us to keep silent and accept the army’s story,” said a male relation, who also asked to remain anonymous.

Since Jando’s death, eight other Kurdish conscripts from Al-Hiska – and nine more from Aleppo – have reportedly committed suicide, says the Al-Hiska-based lawyer and human rights advocate.

In May 2004, the relatives of Dhiya Al-Deen Nouri Nasir of Qamishli say they were informed by army officers that Nasir had taken his own life.

However, after viewing the body, they questioned this version of events.

“But we saw two bullet holes in two different places on his head, and we do not believe he would have been able to fire the gun twice,” said a relative, who asked to remain anonymous.

The relatives said their efforts to discover the truth were obstructed, “We tried to go through the military courts and file a lawsuit, but the security service threatened us and told us to keep silent.”

A local clergyman from Qamishli, who attended burial ceremonies for several of those said to have committed suicide, says that following Nasir’s death, security officials began preventing families of deceased Kurdish soldiers from arranging autopsies on their remains.

“A sheikh or someone close to the murdered soldiers was allowed to attend the washing and shrouding ceremony, but security agents kept monitoring the proceedings until the bodies were placed into the ground,” he recalled.

“The policy of burial under supervision of security agents created an uncomfortable feeling among the families of the deceased.

“These actions just reinforced their belief that foul play may have been involved in the deaths.”

According to many of the families of the 18 deceased Kurdish soldiers, the authorities provided no documentation to prove that the men had committed suicide.

IWPR sought to talk officials in the defence ministry in Damascus about the cases, but calls to officials went unanswered. IWPR also asked a spokesperson at the Syrian embassy to comment on the claims, but Syria Briefing had not heard from him by the time it went to press.

Nadim Houry, a researcher at Human Rights Watch, has called for the government to hold an inquiry to establish what happened in the 18 cases.

“If the Syrian authorities have nothing to hide, then they should immediately order an independent investigation into these suspicious deaths,” he said.

“These Kurds were serving their country when they died. The least that their country can do is shed light on their deaths and hold those responsible accountable.”

This article was originally published on www.iwpr.net