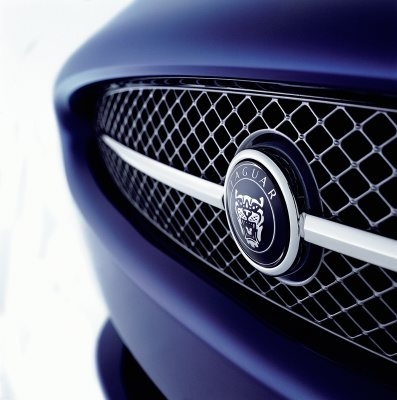 Conversing with Jaguar representatives or motor industry analysts and ‘change’ is the recurring word that crosses their lips.  One of ’s most historic car companies is facing up to the reality of a far from certain future.

An internal analysis of Jaguar prepared for Ford executives revealed the luxury carmaker to have reportedly lost $715m for 2006.  Jaguar’s financial woes are set to continue with forecast losses in ‘07 totalling $550m and $300m in ’08 respectively.

’s third largest car manufacturer acquired the British car maker in 1989 for $2.5bn, but hindsight has shown the beleaguered buyer may have played the vanity card when it did so.  Jaguar continues to devour and haemorrhage money at an alarming rate with little in recompense for Ford’s loyalty and continued investment.  To date this equals $11.2bn, $1.2bn of which being a timely cash injection in ‘05.

“Jaguar is in a dilemma and it is losing money.  This makes it difficult for the company to ask Ford for more money when it too is in financial turmoil.  In all honesty, I cannot see Jaguar making money anywhere close to the value it has lost”, he explained.

Closure of Jaguar’s facility in ‘05 led to employees being transferred to Castle Bromwich and Gaydon, with some offered early retirement packages.  Company officials claim these measures helped ‘offset net job losses to 100’.

Despite Ford regarding the plant the most efficient by its own standards, over capacity and the absence of a paint and body shop are suggested to have contributed to its closure.

Osborne cast an element of doubt over Jaguar’s admittance that by 2009, an operating profit would be achieved.  He said: “Jaguar told us three years ago it would achieve profitability by 2007, but it is still losing money.

“I remain unconvinced that the sale of will provide the same quantity of jobs and same quality of employment that Jaguar provided when it had ownership of it”, he continued to add.

The loss making company hopes the recently announced sale of Browns Lane to Australian developer Macquarie Goodman will aid the “financially strained” company generate the “necessary funding” crucial for refocusing of the brand, combined with ongoing cost reductions and a new product-led recovery.

Jaguar’s Director of Corporate and Government Affairs, Don Hume, admitted the company’s losses were an issue being addressed in the hope of stewarding the company back to profitability once again.

“It is true Jaguar has been losing money for some years, but the recovery plan put into place in September ’04 is on track and is beginning to provide results, even though we always said it was not a quick fix.”

Car.Crisis
Jaguar’s decision to introduce a new production regime where mass manufacturing would be abandoned in favour of selling more luxurious cars with a higher mark-up in price has angered many.

Osborne stressed that implications could arise as his TGWU members and employees of the luxury car maker are judged on volume.  He said: “A company can cost cut its way to profitability, but it cannot cost cut its way out of a crisis, and that is what Jaguar’s facing.”

An ageing model line up and the company’s failure to secure diesel power trains sooner than it did has attributed to the British company’s demise, where consumers have turned to fellow luxury marques offering prevailing model line-ups.

Clientele, both existing and potential have been lost, and Jaguar has been working hard to regain this custom.  The S-type replacement, the XF, received much media acclaim, helping to diminish Jaguar’s ‘old man’ image in appealing to younger drivers with its radical design approach.

Aston Martin’s sale and subsequent detachment from Ford’s Premier Automotive Group now permits Jaguar to build cars that can compete with the exclusive brand, which beforehand was not possible – many arguing this prevented Jaguar from achieving its true success potential sooner.

Dr. David Morris, former head of ’s business school said: “Ford has always expressed a desire to get into the premium sector which they hoped to achieve with Jaguar.  There is no doubt Ford can have a successful luxury car division, but there are clear and evident signs of operations having been over stretched”, he admitted.

Off-loading Jaguar to a potential buyer is an option which has not been disregarded by Ford’s recently appointed CEO, Alan Mulally.

“Ford hierarchy will look at Jaguar in 12 months time, ruling out the sale of Jaguar, then breathe and pause, then say ‘for now’”,  Osborne explained.

Jaguar’s defiance is understandably strong, claiming media reports regarding its demise as being over exaggerated.  The company has undergone change in its hope of achieving profitability once again – but its optimism is not widely shared.

The company professes the recently launched XK sports car is resurrecting the core qualities associated with the company that made it famous the world over in its glory days.  “The XK is just the start, as the cars that follow are even more exciting”, Don Hume revealed.

Time will tell, but time is a commodity Jaguar has less of than money.  Analysts in the motoring industry have forecasted an 18 month time period in which the troubled company must prove to Ford it can compete in a market where it currently appears lost.

“Despite the setbacks, Jaguar is actually a success story, but obviously not as successful as Ford would have hoped.  Ford has shown an awful lot of faith in Jaguar and we shouldn’t forget that, but undoubtedly the company will be sold as a going concern”, added Dr. Morris.