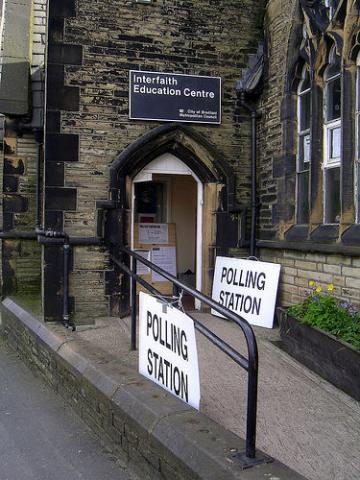 In India, when elections are round the corner, either for State Assembly Elections or the Parliament Elections, it has become a fashion or even customary to release exit poll surveys on the eve of elections.

Exit poll surveys are conducted by non-profit private organizations, like a team led by Loyola College, Chennai or sometimes some media sponsored organizations like NDTV.

A common man’s dilemma is:

1) Whether we can rely upon these exit poll results?

2) Do they really reflect or echoes the correct view points of the voters ?

3) Whether we can embark upon any pre-poll or post-poll strategy on the basis of these exit poll results?

When we take up the first question, whether, we can rely upon these exit polls, we have to analyse certain factors before giving our answer. Because, recently on the eve of Karnataka State Assembly Elections in India, two exit poll surveys were released on the eve of first phase of elections held on 10 th May, 2008, in the 89 constituencies conducted in the key Cauvery basin area.One exit poll  conducted  by was by a team sponsored by Loyola College, Chennai and another one was a team sponsored by NDTV, New Delhi.When the results of the exit polls were announced by both teams in a span of one weak, both the results gave us a different picture .The team from Loyola College, Chennai, predicted a hung assembly in the state of Karnataka, with 75-to 80 seats to BJP overall, 55 seats to the Congress I and some 25 seats to the Janata Dal (S) and some 20 seats undecided.Still, the exit poll did not give a complete survey for all the 224 seats, which showed that the  survey team itself  was rather confused or undecided.

Therefore, though the results may seem sensational and tickling our nerves still we cannot rely upon them, because the results were inconclusive in both the surveys.

Taking up the second issue, whether the results of the exit polls truly reflect the correct view points of the voters, the answer is certainly  not  affirmative because, the exit poll surveys are conducted at random among the voters and they  do not reflect the exact viewpoint of all the voters in its entirety. One cannot be rest assured that all those people who has given their opinion in the exit poll survey, will come to vote. For example in the first phase only 60 % turn out was recorded. And one cannot exactly say and be rest assured that the exit poll survey reflected only 60 % of those people who had voted. The exit poll survey does not take in to account the voter’s default. Again but for the open indication of a voter in whose favour he would vote, there are certain other parameters in a voter’s house to find out in whose favour he will vote.Say in the house a prominent leader or a worker of a party, one can find party flags flying, leaders photos would be there and so it would be easy to count on their votes in favour of a particular party. Whereas in the case a common man or a neutral voter, it is quite tough to find out in whose favour his vote will swing  and he is the most volatile and difficult to gauge in the exit poll. Again, in our democracy, last minute shift or tilt or swing  in favour a candidate, by wooing the voter by virtue of money, by liquor and by persuasion has become the typical characteristics of Indian democracy and one can do nothing to prevent these influences and these voters being highly volatile, could not be taken into account in the exit poll and it is needless to say that these voters form a considerable portion of the voters who will certainly vote without default.

Considering the third issue, as to the result of an exit poll though a common voter may remain unconcerned, but the political parties which are in the fray are more serious and concerned about these exit poll results. When a detailed break up of these exit poll results are once made available, it is quite possible, the contesting political parties may regroup themselves and concentrate more on the weak areas which needs to be attended. However, one should not forget, that the agencies that conduct the exit polls are rank outsiders  and certainly do not feel accurately the pulse of the voters of a constituency and in this regard the native men, political workers, leaders are more adepts in assessing the pulse of the people more accurately than the exit poll surveyors. Above all the exit polls do not take the communal factors correctly into account because sometimes during the survey for exit polls, the voter may not reveal his actual caste and thereby don’t want to get reduced in social status.

Thus we see, the exit poll surveys cannot be relied upon accurately, but still they provide a general view point of the public opinion or we can say voters opinion at random, on the basis of which we cannot accurately gauge the result of a particular constituency. And again a voter is not swayed by these exit poll opinions at random, since he is influenced by various other strong factors which he considers more dear.