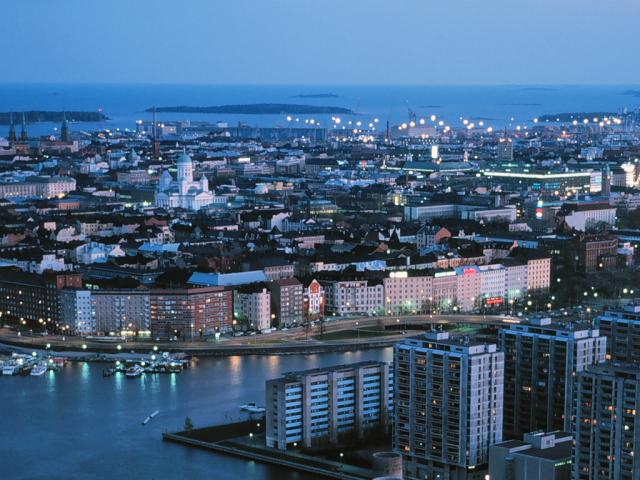 Helsinki is changing the stuffy Soviet-style buildings for other eco-sustainable and refined design.

In the huddle Punavuori area 190 stores, galleries and studios.
Arabianranta, with 15,000 residents, is the city of art and design.
Helsinki, the capital of Finland, is attractive from many points of view. This time we are talking about a very concrete design . And the city will be World Design Capital in 2012 . The appointment marks the organization in the region of Helsinki , in a wide range of activities within the field of design, while an international profile considerably. As relates DTlux , Helsinki is changing to a new concept of the city. Since early 2009 the Finnish capital is moving skin and makes it very quickly, leaving behind the stuffy Soviet-style buildings and replacing them with other eco-sustainable, bright and above all, refined fruit of Finnish design.
Planning and design
Now, the city plans to restructure its entire architectural plan, an ambitious project that will culminate in 2030 . The route includes the creation of artificial canals that water the city (already located in a fjord) and the reuse of port 20 km of coastline. will design capital Helsinki next year, and will be for something. In a handful of streets in the area Punavuori huddle 190 shops, galleries, studios and bars overflowing creativity. Three addresses are highly recommended Artek , the Finnish furniture great brand mixes art with technology, gTIE , whose ties are highly provocative, and Kokoro & Moi , the study of designers who revolutionized the city. At your expense, the task of changing the face of the carriage of Helsinki to the tram tickets are design .
Arabianranta, the laboratory
10 years experience there is a new concept of coexistence based on the heterogeneity and integration , which aims to make life easier for its inhabitants. The buildings are functional while taking into account the beauty of design, as shown in the front housing building planned by Eija Hakkola. Coexist in an area where about 15,000 residents, workers and students, are mixed with modern lofts blocks of villas, houses and homes conceptual for communities with special needs. A living laboratory known as the " City of Art and Design . "
Filed under: Lifestyle, World
Share Tweet Pin G Plus Email
previous article: San Sebastian the first jewel of the crown Basque
next article: After nine years us to withdraw troops from Iraq