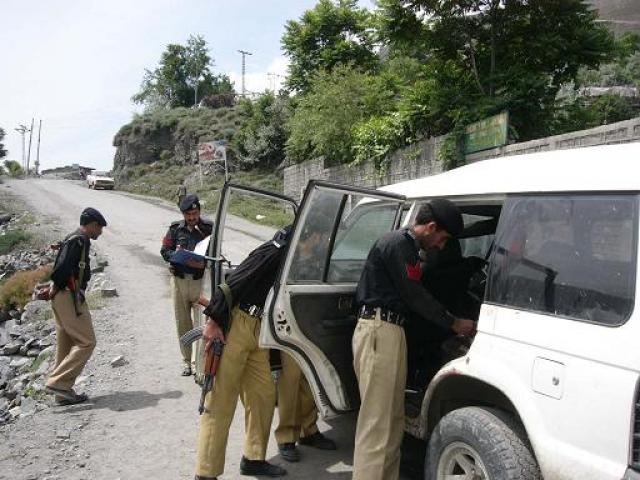 CHITRAL: Three people were badly injured in a car bomb blast in Chitral yesterday in Chitral, Pakistan, with one recovering in Peshawar hospital. According to the Chitral Police, a land cruiser vehicle bearing registration No. PSC 1167 of Shahzada Riazud Din was on its way from Dolumuch to Chitral Bazaar. When it reached a petrol pump at Balach on Airport Road, a bomb exploded inside the car, badly injuring the driver and two passsengers, Shahzada Riazuddin, Nizamuddin advocate and Adeena Khan.

They were immediately rushed to District Headquarters Hospital Chitral but due to his serious condition, Nizamuddin Advocate was referred to Peshawar Hospital in an ambulance. District Coordination Officer (DCO) Chitral Rahmatullah Wazir and ACO Miftahuddin along with Sub Divisional Police Officer Abdul Hameed and the bomb disposal squad immediately traveled to the explosion site. Responding to a question DCO Chitral termed it a land dispute and enmity with local people, Hameed said that a few days ago Shahzada Riazuddin and his brother reported a land dispute and Chitral police has lodged FIR, or investigation request, and booked both brothers.

The police chief denied any links to terrorism and said that this is only personal enmity and caused because of land dispute between the two groups.

SDPO Abdul Hameed told this scribe that Shahzada Riazuddin was on its way from Dolumuch to Chitral in his personal vehicle driving by himself he also picked up Nizamuddin advocate of Torkho and Adeena Khan of Karimabad on its way. When his car reached near Balach petrol pump the bomb concealed beneath the back seat went off with a great explosion, abd as a result three occupants of the car received great injuries. They were immediately rushed to DHQ Hospital Chitral where doctors of the hospital arranged operation of Nizamuddin legs for its fracture and he was referred to Peshawar hospital because his condition is telling serious. However the remaining two persons having minor injuries and they are under treatment at DHQ Hospital Chitral. Hearing news of car bomb blast all doctors of DHQ hospital were red alerted and given first aid to all injured person immediately. Chitral police lodged FIR and started further investigations.

Filed under: Business, World
Share Tweet Pin G Plus Email
previous article: Holding Families and the Country Together
next article: Greyson Chance on The Ellen Show