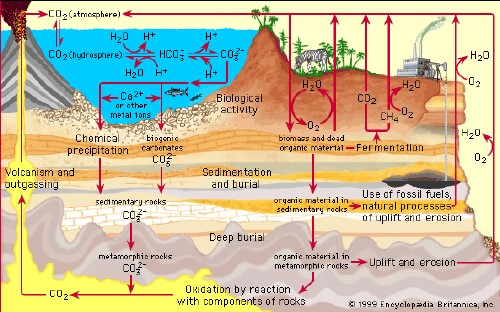 The Pope and the Presidents and the Prime Minister were all well meaning. They spoke of reducing the emissions of greenhouse gases by shifting to sustainable energy, through conservation and via a cap and trade scheme to incentivize industry in China to release less carbon. Frankly, their ideas and proposals are going to come up very short and the future is going to be unpleasantly hot. Our leaders need to take much more realistic and aggressive action if global warming is to be contained.

The solution to climate change is simple. The carbon that has been taken out of the earth’s crust in the forms of coal, petroleum and natural gas since the beginning of the industrial revolution — needs to be put back underground. Carbon sequestration on a massive and global scale is the only realistic way to reverse the parts per million trend and head off runaway warming at the pass.

Sadly, the intellectual leaders in the field like The Carbon Capture and Sequestration Technologies Program at MIT focus on big energy projects where the Department of Energy can dole out fat academic grants and multinational energy and engineering firms can earn large profits. The leaders of CCSTP – ugh – hey they are scientists, not branding experts – Howard Herzog and Dan Golomb state in their manifesto, Carbon Capture and Storage from Fossil Fuel Use, “Removing CO2 from the atmosphere by increasing its uptake in soils and vegetation (e.g., afforestation) or in the ocean (e.g., iron fertilization), a form of carbon sequestration sometimes referred to as enhancing natural sinks, will only be addressed briefly.” Why bother there is no big grant money in “natural sinks”.

However, a quick scan of the carbon sequestration literature reveals that there are a lot of interesting ideas and pilot projects aimed at removing CO2 from the atmosphere and depositing it back in the ground. These ideas include peat bogs, mineral carbonization, basalt storage, increasing the whale population, iron fertilization, wetlands expansion, biochar burial , and urban forestation, to name a few. What these projects lack is a sponsor. If President Obama wants to go down in history as having saved the world, he needs to immediately charge the Department of Energy with the implementation of a carbon sequestration program on the scale of the Manhattan Project.

Without a large scale and accelerated carbon sequestration program – a project on the scale of putting a man on the Moon – there is no hope that climate change will slow and then be reversed – conservation, sustainable energy and cap and trade are not going to get the job done. The time has come to stop giving CO2 reduction lip service and put the human race to work undoing two centuries of unregulated damage to the atmosphere.

Remember the troposphere is only 8 miles high, less distance than from your house to the regional shopping mall.