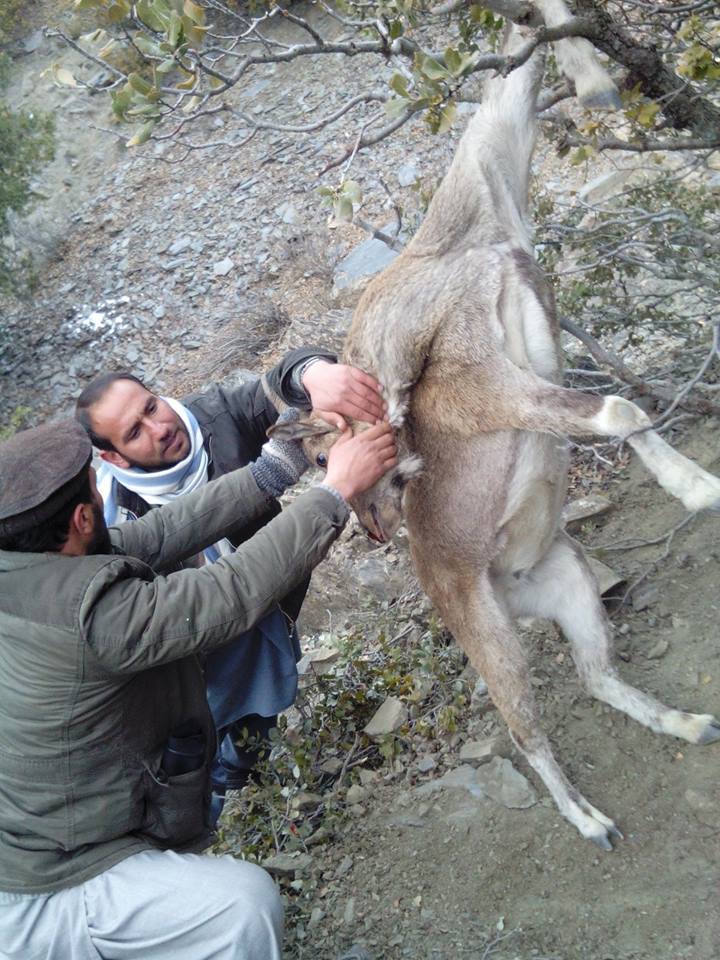 An other carcass of Markhor found in Chitral goal national park protected area.

CHITRAL:  Another carcass of a female Markhor (our national animal and very precious species) were recovered from Chitral Goal Nation park (CGNP) which is protected area and legal hunting even hunting trophy also banned and prohibited in the park area.

An environmentalist on the condition of anonymity told this scribe that Markhor is very sharp and intelligent animal and never can be trapped in a tree while grazing. Makhor usually  living on the peaks of high mountains and grazing trees but we never listened that Markhor was trapped but it is strange that carcass (dead bodies) of 2 Markhor founded in protected area of Chitral Goal National Park while the male Markhor was killed by unknown reasons.

He said that a few years back a Markhor was hunted illegally by an officer and Chief Justice Peshawar High Court took suio moto action on illegal hunting of Markhor by an  unknown officer. He said that might in present case such elements involved.

Social and political circle of Chitral have demanded for conducting inquiry in this connection to ascertain death of Makhor a very costly species (its hunting trophy is budding on 100000 $ dollars) to ascertain that either these Markhor were died on natural death or were killed by some one.

Community leader Hussain Ahmad also confirmed death of Makrhor at CGNP which is a question mark for the department who have deployed a large number of watchers and other staff.