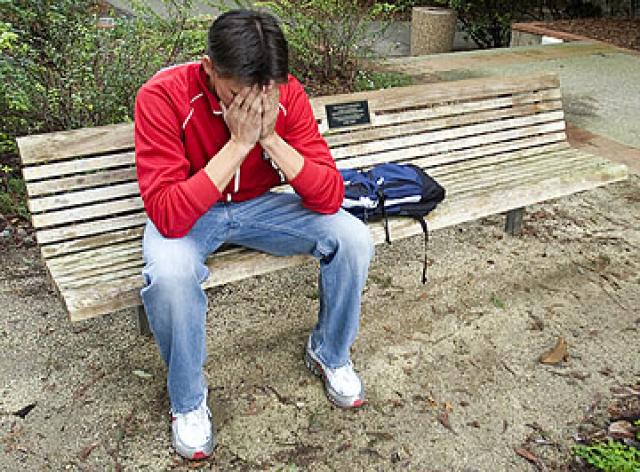 : Believe it or not, but the
fact of matter is government examiners discriminate with students of private
schools. Without taking into consideration the sensitivity of students of
present ear who attempt suicide for small issues due to competitive
circumstances. Head examiners are the real culprits as despite getting handsome
perks for the job remain careless in performance.

Gittin
Mahajan son of Romesh Mahajan of Miran Sahib secured 229 marks in recently
announced board results of 8th standard under roll no- 199069.
Gittin started reducing with every passing day because of depression, which was
noticed by parents and on asking he informed that he was not satisfied with the
total number of marks allotted to him. On this his parents approached , Mira
Sahib for revaluation.

During
the process it was found that one of question was left unmarked and one mark in
two subjects were left uncounted. After summing at least seven marks were
increased in previous total and 236 marks were allotted to student, which
spotted him at 10th position in district.

Well
Informed sources in JK State Board of School Education said that at least one
third of total students appeared for examinations from 8th standard
to 12th standard opt for revaluation after the declaration of
results. It simply signifies that the trend setters are none other than
examiners and the motive behind the exercise to squeeze money from the parents
of the students.

But,
it is important to recall that under the influence of depressed over securing
less marks in 12th class, result declared by JK Board, a teen-aged girl, Divya
Suri allegedly committed suicide by strangulating herself at her residence in
Pamposh Colony in Janipur area. Similarly on the day of result every year for
every class hundreds of reports about attempts of suicide are received due to
negligence of examiners and their bosses.

Despite
several efforts, Chief Education Officer, Mr Natha Ram was not contacted for
his comments over the issue. CEO, disconnected phone repeatedly due the reasons
known to him only.