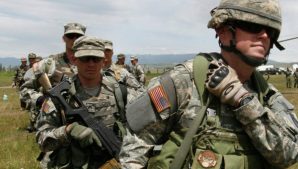 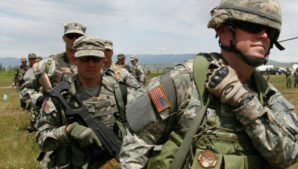 As Eastern Europe continues to destabilize, with Russian troops massing on the border of Ukraine, the Obama administration appears completely flummoxed by Vladimir Putin’s aggression. The use of sanctions, as many predicted, has proven completely ineffective in checking Russian power, and it seems inevitable that Ukraine will once again become a Russian state. While it’s understandable that Americans are reluctant to commit our military to yet another foreign entanglement, we must nevertheless consider other options. Skeptics of intervention look to disastrous experiences in Vietnam, Iraq, and Afghanistan and take these as warnings to keep our distance, but it might be our historic involvement in Korea that presents the best case study for what could go right – and also for what could go horribly wrong if the United States fails to get involved in Ukraine.

We took it upon ourselves to engage in action in Vietnam, Iraq, and Afghanistan – no treaty or agreement forced our hand. But in the Ukraine-Russia conflict, we may very well have a legal obligation to take action. In order to induce Ukraine to give up its nuclear weapons following the dissolution of the Soviet Union, we pledged in the Budapest Memorandum to assist them should they face the kind of threat they are facing right now. There is genuine debate about the exact meaning of the memorandum as it relates to the current scenario, but at the very least, America’s inaction calls into question our credibility and our commitment to preventing the proliferation of nuclear weapons. As a defensive weapon, nuclear arms, through the doctrine of “mutually assured destruction,” kept the Cold War from slipping into a hot war. Neither the U.S. nor the Soviet Union would launch a first strike, because doing so would essentially be an act of suicide.

Sharing the risk of annihilation, the two superpowers co-existed in an uneasy peace for nearly a half-century. In terms of regional conflicts, nuclear weapons can serve as a deterrent to invasion, and give smaller, burgeoning nation-states bargaining power against larger, well-armed nations. Nuclear capability in the tiny nation-state of Israel, for instance, can shield it from any one of a number of neighbors who work day and night to bring about the total destruction of the Jewish state. In the 1990s, Ukraine recognized the potential threat from its larger, better-armed former master, Russia. In exchange for giving up its nuclear weapons, it sought assurance that its state would not disappear through the kind of aggressive Russian actions we are witnessing today.

We gave Ukrainians that assurance, and while some do not agree that the Budapest Memorandum obligates us to protect Ukraine’s borders, if we ignore our pledge, how can we ever convince any other nation to give up its nuclear weapons? Or trust us when we offer protection? Sanctions are clearly not working – at least not the ones the Obama administration has put in place. Putin interprets sanctions as a sign of the West’s weakness and inability to act. For a man like Vladimir Putin, inaction offers the opportunity to consolidate his power. If there is anything we can learn from thousands of years of military history, from Sun Tzu to Churchill to Norman Schwarzkopf, it is that inaction in the face of military aggression can have devastating long-term consequences. In the Civil War, Union general George McClellan moved timidly through Virginia during his “peninsula campaign” in 1862.

His excess of caution allowed Confederate forces to fortify their capitol at Richmond. Had McClellan been able to capture Richmond, he might have been able to bring the war to a close, or at least hastened its end, perhaps saving hundreds of thousands of lives. Today, the fear of death and injury to our armed forces – after the loss of so many already in Iraq and Afghanistan – leads many Americans to oppose involvement in Ukraine. But in Ukraine, unlike in Afghanistan, we would not be engaged in guerrilla warfare against a long-entrenched insurgency. Korea offers a useful lesson: Following the cessation of active hostilities there, U.S. forces remained on the ground in Korea. Today, they still remain, as a bulwark against North Korean aggression. If all American forces had left, it is entirely possible that North Korea would have by now launched offensives against the South.

Countering the North Korean threat has cost the United States relatively little. Yes, our bases in South Korea cost money, and yes, American military personnel have been wounded or killed while on duty on the Korean peninsula. But we must weigh these losses against the cost of American inaction prior to the start of the Korean War – and this is where our history in Korea is particularly relevant to the crisis in Ukraine. We hesitated in our response to Communist aggression in Korea. We hesitated, and the South was overrun. The lesson is this: It is much easier to neutralize a threat by strongly opposing it than it is to expel an entrenched enemy. Si vis pacem, para bellum. In Ukraine, if we wait, and if we continue down the path of piling on ineffective sanctions in the desperate hope that they might induce Russia to pull back, Russia will use instability and weak opposition from Ukraine’s military forces as a pretext for invasion. In my view, this is an absolute certainty. Once Russia invades Ukraine, there will be little we can do to expel them. (If sanctions have not have worked to that point, it would be foolhardy to think they would work after an invasion.) Committing troops at that point would be a disaster and could turn a renewed Cold War into a messy, bloody, hot war.

Placing a strong U.S. presence in Ukraine now would be a show of force that Vladimir Putin could understand. It would provide the much-needed counterbalance to the Russians massed along the Ukrainian border and make Putin think twice about having his troops cross that border. Putin is a realist when it comes to military strategy – Ukraine is only truly valuable if he can snatch it with minimal Russian losses. He doesn’t want a protracted military engagement with superior American forces. By their mere presence, without engaging the Russians at all, U.S. forces can help protect Ukraine from invasion by Russia, much as our military has protected South Korea for the last 50 years. Korea taught us that hesitation, and allowing an aggressor to become entrenched, costs lives. But presenting a strong force in the face of aggression, and merely being present on the ground, can save lives and keep a sovereign state free.

Filed under: News, Politics
Share Tweet Pin G Plus Email
previous article: Investor News: Investigation of Takeover of Your Community Bankshares Inc (NASDAQ:YCB)
next article: Bengal Handloom Sarees You Must Have In Your Wardrobe