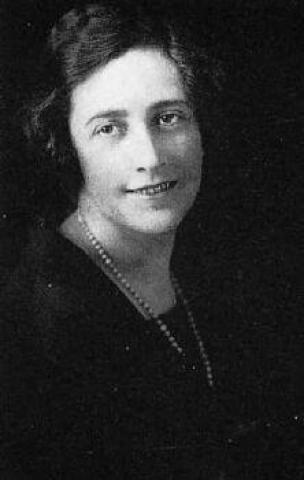 NO! This is not a newly discovered Perry Mason mystery novel! It’s a real life mystery, as baffling today as it was 70-odd years ago.

December 4, 1926: Early in the morning, a teenaged gypsy was wandering around a popular "Lovers’ Meet", near a lake known as Silent Pool in rural England. He found a car abandoned on a road near the lake, covered with frost. The lights were still on and he immediately ran to inform the police. Inside the car the cops found a fur coat, a small suitcase, which contained two dresses, a pair of expensive shoes and a driving license, which was long expired. The name on it read: Mrs. Agatha Christie!

Some months earlier, the "Queen of Crime", Agatha Christie had discovered, much to her shock, that not only was her marriage to Archibald Christie heading towards the rocks, but also that her husband was having an affair with a young woman, Nancy Neele. On December 3, the Christies had quarrelled over the affair. Colonel Christie packed his bags and left. That evening, Agatha Christie wrote two letters, one to her husband and another to her secretary to cancel all appointments as she was going away. A third was apparently sent to the Deputy Chief Constable, Surrey, stating that her life was in danger and she needed help. And then she drove away in her car and vanished…

Flashback: Agatha Miller was born on September 15, 1890 in Torquay, Devonshire, England, into a wealthy family of American origin but living in England. Even as a child, she wrote stories and poems. She broke her engagement to a Major in Indian Army when she met Lt. Col. Archibald Christie, son of an Indian Civil Service (ICS) sahib and a High Court judge in India, at a dance party! They were married on December 24, 1914 and she became Mrs. Agatha Christie — A name destined to achieve immortality in crime fiction.

At first, married life was all bliss, and they travelled often to distant places. And then came the attractive young spinster Nancy Neele… .

December 5, 1926: By now, the news of the mysterious disappearance of the famous crime writer had spread like a summer forest fire. Newspapers on both sides of the Atlantic went to town about the case of the vanished crime writer.

Many suspected suicide, and this theory gathered strength when a local chemist revealed that Mrs. Christie had consulted him many times about the methods and use of poisons and the chemicals in them! Some suspected that she might have been murdered and, obviously, the amorous husband was the first suspect!

December 7: The Daily News offered a £100 reward to the first person furnishing them with information leading to the whereabouts, if alive, of Mrs. Agatha Christie. This news item set in spate the speculation that Mrs. Christie might no longer be alive, and possibly the newspaper had some kind of clue about it!

Rumours and gossip began to fill the atmosphere and then hundreds of cops and thousands of ordinary folks jumped into the ring to search for the missing writer. Special machinery was commissioned to dredge the Silent Pool and, while a plane flew at low altitude monitoring the operation, smart police dogs sniffed around the ground looking for the telltale signs of the body. Desperate to find the famous body, the police clutched at many straws that seemed like clues, but, to mix metaphors, they turned out to be red herrings.

Meanwhile, a woman came forward to say that she and her friends had seen a woman answering to the description of Mrs. Christie, wandering around rural Hampshire looking dazed and lost. Her clothes were covered with frost!

Filed under: Lifestyle, Media & Tech
Share Tweet Pin G Plus Email
previous article: A vegetarian lifestyle
next article: We need a water movement that values every drop of rain