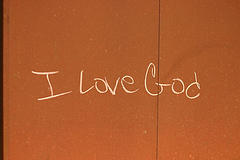 Poetry From The Heart I seek God in the silence of my room. I’ve come to search for His presence knowing He rewards those calling out His name believe He is Lord and Savior of all. Help me Lord to build an unyielding foundation in quest of directions in all that I do. I want […]

Our Earth in 2012. Photo: NASA There are roughly 4,200 religions in the world, according to some estimates, says Wikipedia! So the world’s humans have created the same number of Gods for the world, which is now aged around 4.5 billion years! However, humans came into being around 15 million years back and now they become 7.2 billions (7,295,584,700) at […] 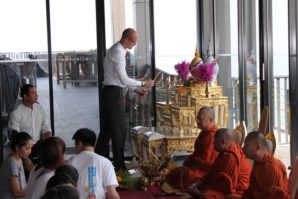 During his international travels, Gurudev has touched the heart of media so deeply that the journalists follow his almost wherever he goes. Media’s interest in him is evident from the fact that he has already addressed more than 500 press conferences and has given more than 2000 exclusive interviews to electronic media across the world. […]

Located in the Mathura district of Uttar Pradesh, Vrindavan is said to be the land where Lord Krishna, the eighth incarnation of Vishnu spent his childhood days. Surrounded by classic architectural splendor, this holy city on the banks of the river Yamuna has over 5000 temples including the famous Banke Behari, Madan Mohan, ISKCON Temple […]

A Christian should be tolerant of other people’s religious beliefs and have tolerance and respect for their interpretations of the Holy Bible. It is my belief that God wants His people to be considerate and give equal respect to other people’s views of the Bible. I’ve heard many people make comments about different religions and […]