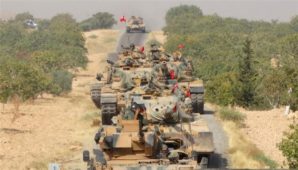 2 days ago there was report that Syrian forces ambushed Turkish convoy in Hama and Syrian forces shelling on Turkish Observation post in Idlib resulting in death of a Turkish soldier. There are reports Turkey moving its special forces to Syrian border and Turkish jets were on aggressive patrolling. Developing situation in Syria is an […] 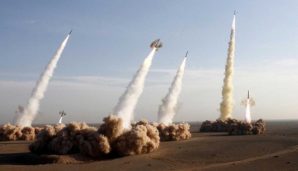 The word Deterrence is derived from word Deter which means to stop, discourage (someone) from doing something by instilling doubt or fear of the consequences.Nuclear weapons are extreme weapons. A single nuclear bomb can destroy cities and can bring unbearable loss in both human and financial terms. Nuclear weapons are seen as the ultimate deterrence […]

Republicans are supposedly becoming more nationalistic, less willing to bear the burdens of global empire. Democrats are supposedly moving left, abandoning the “indispensable nation” hawkishness favored by the Clintons. American politics, we are told, is turning into a battle between Breitbart and Bernie Sanders.So how come America is reportedly considering escalating its war in Afghanistan? […] 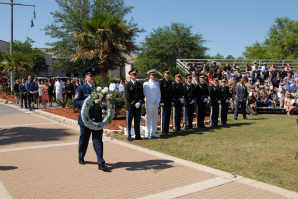 The EOD Memorial Weekend is scheduled for May 5-6, 2017, and is guaranteed to be a memorable weekend with several events that are open to the public. The community is encouraged to come out and honor these warriors who made the ultimate sacrifice for our freedom. Activities scheduled for the annual weekend include a golf […] 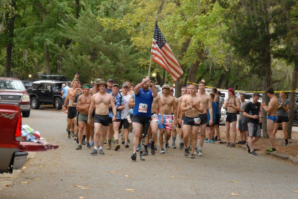 The EOD Warrior Foundation will host the 12th Annual EOD Memorial Challenge on Saturday, April 29, 2017. The event will feature a 4.25 ruck, 0.5 mile swim, and 3.25 mile run. Day of Registration and late packet pick up beings at 6:30 a.m. and is located in front of NAVSCOLEOD. The event start time is […]

April 5, 2017 is Gold Star Wives Day, which is a day dedicated to those widows/widowers whose spouses died while serving in the Armed Forces of the United States, or as result of service-connected disabilities.  On this day Gold Star Wives come together to support one another, and to raise awareness of the incredible sacrifice that […]