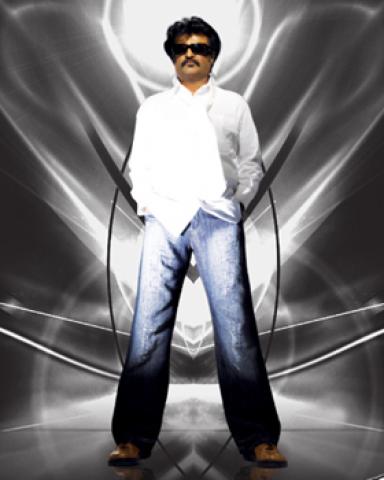 It seems that Rajnikanth is born to rewrite history. Though this year is only half a way its journey for Superstar Rajinikanth it has already been very much eventful.First it was NDTV’s prestigious ‘Entertainer of the Year’ award from Prime Minister Dr. Manmohan Singh and soon a few months later his biography My Name Is Rajinikanth hit the stalls and still it is selling like hot cakes.

His movie Sivaji the Boss is still running successfully in theatres and now he his all set to work on his next project Robot with the Bollywood queen Aishwarya Rai Bacchan as his heroine. But the latest in news is that now a chapter on Rajinikanth’s life has been added to Std VI English prose book of CBSE.

This is the first time in ‘s history that a chapter about an actor’s success history has been included, that too in a CBSC text book. The chapter is under the section: Dignity of Work. Published by Oxford University Press, the chapter consist the extract of his life from a conductor to a superstar and also includes excerpts from his friend Bahadur, who was a past colleague of Rajini later became a bosom friend. In 1970s Rajini, a bus conductor in route No.10 A, and Bahadur, a driver in the same bus were good friends.

According to the book, young Shivaji Rao alias Rajini sometimes also acted in plays staged at the Gubbi Veeranna Ranga Mandir in the city. When Bahadur saw his friend on stage, he realized that the young man has great acting potential. The overwhelming response from the audience, particularly, when he played Duryodhana and Yechhama Nayaka, the Kannada Warrior, strengthen his belief. "It was then that I was convinced that he should act in movies," Bahadur said.

When the Madras Film Institute was set up in Chennai around the same time, Bahadur suggested to Shivaji Rao that he should pursue a course in acting at the Institute. The young man was obviously reluctant to give up his conductor’s job and do the course since he was worried about his finances.

Bahadur replied, "Give up the job. I’ll look after all your needs." Bahadur kept up his promise till Shivaji completed his course. For two years, from 1974 to 1976, he gave a significant part of his salary to Shivaji and ensured that he completed the course at the Film Institute. When the course was over, the famous director K Balachander signed up the young actor for his new Tamil films Apporva Ragangal and Moonru Mudichu. And the rest is history!

Now almost all the children in CBSE stream can read about our superstar and his hard working nature and how he became an example for true friendship.