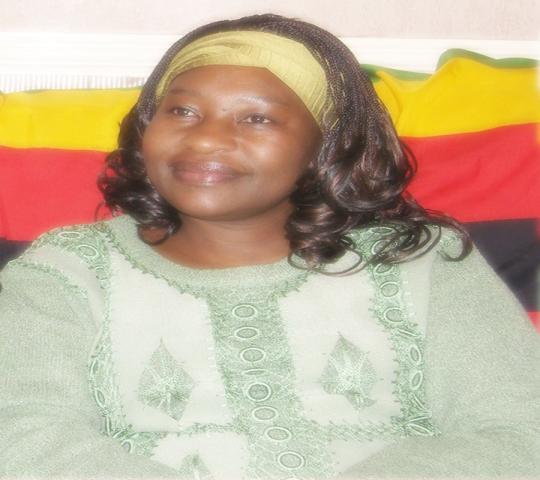 A ZANUPF CIO syndicate spying on Zimbabwean protest singer Viomak on Facebook has been exposed.
The syndicate masterminded by one Naison Taurwi Gwarada is using a string of women to torment and harass the protest singer cum activist whilst Naison plays the devil’s advocate .
Naison and the women spies who also support ZANU PF have been following Viomak’s work for more than four months, commenting provocative comments in order to pounce on her and expose her whilst Naison remains a wolf in sheep skin.
The social networking site has not only become a place where Zimbabweans socialise with their friends and relatives but it has also become a lion’s den for President Mugabe’s notorious security agents who are using the popular platform to pounce on their targets.
The activist recently confirmed that ever since it was reported that she is in the middle of exchanging trades to enter politics as president of Zimbabwe Development Leaders party she has witnessed an increase in the number of enemies.
The outspoken activist has been a victim of rowdy ZANUPF supporters and CIO’s some of who are said to have requested to befriend her using ‘unknown’ names. Some of them are said to have opened fake facebook accounts so as to terrorise her without revealing their common known identities.
Information available to me confirms that the dangerous syndicate is currently made up of one man Naison and four women Cecila Kadzamira,Wadzanayi Maresa,Yvonne Tendai Marembo and Carol Mutukwa. The members are said to come from Mutare where Viomak comes from. All these women spies believed to be used by Naison have harassed the activist.
However ,it is suspected that Cecila Kadzamira could be using a fake name to mislead people as there is a well known Cecilia Kadzamira (former Malawian leader, Kamuzu Banda ‘s long time confidante ) even though the ZANUPF Cecila  spells her first name as Cecila and not Cecilia.
Not knowing that the activist had gathered enough information about them, Cecila Kadzamira whose facebook profile shows Durham, United Kingdom as her current city,Tanzania as her home town and Natwest bank  as her employer ,is said to have approached Viomak a few months back and passed very juicy comments about her work in a bid to lure her into revealing her personal details to her. The woman spy started by asking Viomak which part of Mutare she comes from .Viomak told her that she grew up in Mutare and relocated to Gweru a long time ago. Believing her word the woman went on to ask when Viomak will be next in Mutare so that they can meet and socialise. Viomak promised her that she will let her know as soon as she comes to Mutare.
Viomak further explained that Cecila who is believed to be very close to Naison asked her what her other name was and she told her it’s Violet Makamure after which Cecila  said she knew a lot of Makamures in Mutare.
“The ZANU PF woman spy then assured me that she is very pleased with my work of singing against Mugabe’s bad governance and I should keep it up.” Said  Viomak.
Armed with Viomak’s other name Cecila was convinced that heavens had fallen on her and she revealed the name to Naison who then started referring to Viomak using the name Violet Makamure. Viomak stated that she at one time asked Naison why he was referring to her using Violet Makamure when he knows very well that Viomak is her name and he ignored the question.
As the spying continued ,last Wednesday Cecila was left with an egg on her face after the activist publicly confirmed that the unashamed ZANUPF supporter and spy was going on a wild goose chase giving Viomak a name that is not hers and was continuously using the name confidently as she followed her commenting after her comments. The spy who had convinced herself that she had managed to at least put Viomak under her armpits on facebook was on the day in question removed by Viomak from her friends’ list after she provoked her in a discussion on newly born Zimbabwe twin orphans who needed help. Viomak later wrote that Cecila had become the first person to be removed from her friends’ list.
Responding to Viomak after being removed Cecila was quoted as saying,
“VIOLET MAKAMURE I WONT MISS U JUST LIKE I DO TO ZIM$”, meaning that even as she left she was very confident that she had a done a great job for Naison and Mugabe.
Cecila was also seen liking a bad comment about Viomak written by one ZANUPF staunch supporter and suspected CIO Samuel Doe.
Wadzanayi Maresa ,the other ZANUPF woman spy shockingly commented that “YUDA SHEPERD AKATAURA WANI KUTI IMBAVHA VIOLET MAKAMURE (YUDA SHEPERD SAID VIOLET MAKAMURE IS A THIEF).”
On the day in question one of the women spies Yvonne Tendai Marembo who proudly publicises on her profile that she supports ZANUPF went on to write a confrontational message to Viomak without provocation when she said ,
“VIOMAK UNOMBOZVIITA ANI ( Viomak who do you think you are ………………….. ,U SING ABOUT ZANU PF EVERYDAY TAKAMBOTI CHII ( WHAT DID WE SAY). MONEY IS NOT EVRTHING “
Below is part of Yvonne Tendai Marembo’s facebook profile.
Filed under: Music & Film, Politics
Share Tweet Pin G Plus Email
previous article: JK Minister asks for strict check on power thefts and pilferages
next article: Security forces are the harbingers of peace & they need to be saluted: Dr Darakhshan