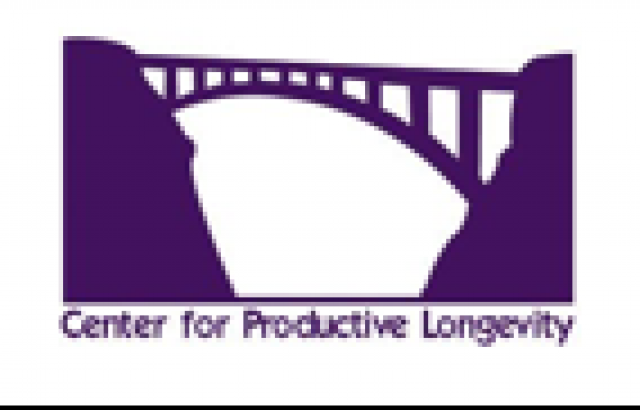 As people continue to live longer and retire earlier, the term “Third-Stage Adulthood” has more relevance than ever before. Referring to people 62-85 years old, this stage of life is chock-full of senior workers who are qualified and ready to continue working after the traditional retirement age of 65 or sooner. This means that there is a large and growing talent pool with experience, expertise, seasoned judgment, and proven performance (referred to by CPL as EESP), to meet the workforce needs of the 21st century.
The concept of “Third-Stage Adulthood” was first conceived in a paper, “The Evolution of Adulthood: A New Stage” co-authored in 2000 by Dr. Elliott Jaques, who conceived the mid-life crisis in 1965, and CPL Founder and CEO William Zinke. Zinke created CPL, which is based in Boulder, Colorado, to stimulate the substantially increased engagement of people 55 and older in productive activities, paid and volunteer, where they are qualified and ready to continue adding value.
Now in 2012, the concept of Third-Stage Adulthood is even more important than when the term was coined. CPL urges everyone to recalibrate their thinking for this new reality because the results could be dire if action isn’t taken. If Baby Boomers are pushed to the sidelines, the nation’s entitlement programs (e.g. Social Security and Medicare) will become unsustainable even sooner than projected. To prevent this crisis, the country should tap the talent pool of retired workers in Third-Stage Adulthood and put their knowledge, skills and abilities to use.
“Embracing ‘Third-Stage Adulthood’ can be a positive life-changer as people enter this next phase,” says William Zinke, 85. “The concept urges society to recognize that older people can continue to add value for significantly longer periods of time and that they should be viewed as individuals, instead of all being lumped under the clichés of being ‘over the hill’ and ‘out of the game.’ The result will be that millions of older people with EESP can continue contributing to, instead of drawing from, the national economy and society.”
CPL subscribes to a concept of adulthood that falls into three stages, described as follows:
First stage of early adulthood (18-40) – the time to build experience and expertise; to decide whether to work in the private, public, or non-profit sectors and perhaps even gain some cross-sector experience; to decide whether to develop a career in a company or to become an entrepreneur; to focus on the development of particular skills and abilities; to build a solid foundation for the next two adult stages.
Second stage of mid-adulthood (40-62) – the time when experience and expertise produce problem- solving capabilities and sound judgment (CPL likes the saying that good judgment comes from experience and experience comes from bad judgment) and perhaps even the beginnings of wisdom. Any mid-life crises have been traversed and assurance and self-confidence have become more firmly established as a result of learning how to function more effectively. There is also continuing growth and development during this stage.
New-stage of mature adulthood (62-85) – the time when many individuals, although not all (e.g. people who have been engaged primarily in physical labor, who have not maintained a commitment to physical fitness, or who have debilities or disabilities), can continue to be significant contributors. They have had about 40 years to gain experience and expertise, to develop seasoned judgment and proven records of performance and to build their intellectual and social capital. While documented research indicates that cognitive capability may have plateaued for some, the intellectual growth curve continues to move upward for people who have continued to remain productively engaged.
CPL launched the Later-Life Story Contest on June 1 to solicit empowering stories from people 55 and older. The competition has two separate categories: Entrepreneur Success Stories and Inspirational Later-Life Stories. A panel of three independent judges will select one winner from each category who will receive $1,000 and a specially designed trophy. CPL will post the best stories on its website (ctrpl.org) throughout the contest under “Success Stories.” The contest runs through August 31, and winners will be announced on October 1, 2012.
To submit a story, visit www.ctrpl.org/laterlifestorycontest and complete a submission form. Entrants must be at least 55, have a compelling story to share, and be willing to have it posted on the CPL website for viewing and for possible publication. Stories may also be emailed to James Hooks, CPL’s Director of Marketing and Technology, at jhooks@ctrpl.org.
For more information on CPL, the contest and Entrepreneur Success Stories, visit ctrpl.org or Facebook at facebook.com/CTRPL.
Filed under: Business, Lifestyle
Share Tweet Pin G Plus Email
previous article: Is Mali on the verge of a war?
next article: Mahabalipuram and other temples in Tamil Nadu