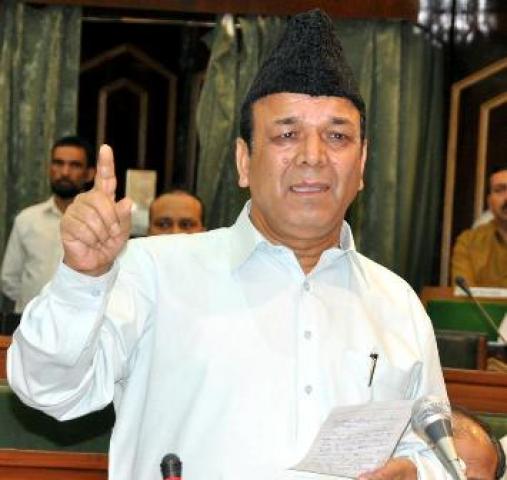 , March 31 (Scoop News) –    Minister for Finance, A. R Rather has said that Government has approached the Centre for providing funds to pay the arrear of 6th Pay Commission to the employees of the State, adding that Prime Minister Dr Manmohan Singh during his visit to has agreed to look into the issue.

Replying to a question by M. Y. Tarigami in the Legislative Assembly here today, the Minister said that the issue was also taken up with Union Ministry of Finance to supplements the State’s requirement of Rs 4200 crore to meet the demand regarding payment of 6th Pay Commission of the State employees.

He said the Union Ministry of Finance in its communication has indicated that Centre has received requests from many other State Governments also for financial assistance to implement the 6th Pay Commission recommendations and it has been conveyed to the State Governments that the decision to adopt the recommendations of 6th Central Pay Commission for State Government employees falls entirely  within their domain and it is not possible for the Central Government to provide financial assistance to the States on this account.  This position has also been reflected in reply to various parliament questions and it would be difficult to take a decision for J&K only.

The Finance Minister said that Union Ministry of Finance has communicated that it is not possible to accede to any state’s request for assistance to payment of salary arrears on account of adoption of 6th Central Pay Commission recommendations.

Mr Rather said despite this position, the State Government have given road map for release of 50% arrears of the 6th Pay Commission from its own meager resources. He said in light of this, despite an extremely difficult financial condition, finance department has already issued orders for releasing of 50% of the arrears of the pay and pension on account of 6th Pay Commission recommendations to the State Government employees and Pensioners.

Replying supplementaries, Rather said that the suggestion to send a delegation comprising all parties to Centre particularly Prime Minister is most welcome and necessary steps will be initiated soon, adding that  due to abnormal conditions in the valley last year, this step scould not be initiated.

Regarding reasons for delay in regularizing the services of adhoc and contractual employees, the Minister said that J&K (Special Provisions) Act, 2010 provided 60 days time limit for submission of the cases along with the  requisite information to the Finance Department for placing the same before the Empowered Committee for clearance. He said majority of t he departments failed to submit the information in due time and was received after the expiry of the prescribed period from the various departments.

The Minister said to cover the cases of the department who submitted their cases to Finance Department proposed promulgation of ordinance for extension of the period of 60 days till January 31, 2011. He said the said ordinance received the assent of Governor on January 28, 2011 and circular was issued to all administrative departments to submit the information to Finance Department by end of June 2011.

The Minister said so far the regularization of adhoc, contractual and consolidated employees by the Empowered Committee is concerned five meetings of the committee were held till date in which 19 departments have been taken up and department informed about incompletion, adding that as soon as missing information is received the lists would be notified and final position communicated to concerned administrative departments.

An All Party Delegation (APD) should approach the Centre and request Prime Minister to provide financial assistance to the State for payment of 6th pay commission arrears to the government employees for which peculiar circumstances prevailing in the State could be made effective premise.

This was suggested by CPI (M) legislator M Y Tarigami while raising the supplementary.

He said the decision to this effect was already taken in a meeting of all parties earlier, chaired by Chief Minister Mr Omar Abdullah but no follow up action was taken thereafter. He said the step will help the government to safeguard the rights of the employees and meet their expectations.

In another supplementary, the legislator also sought speedy regularization of adhoc and contractual employees as per the provisions of the Act. He called upon the government to speed up the process of regularization and make it time bound.