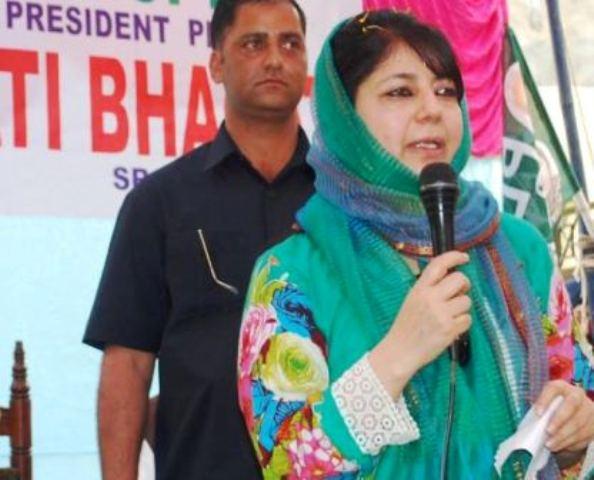 , February 12 (Scoop News) –Peoples Democratic Party (PDP) has said the execution of Afzal Guru and the manner of dealing with the fallout in has resulted in reinforcement of the sense of denial of justice among the people here. In a statement Mehbooba said here today that there is a long standing grouse among the people in the state that they have been treated differently and unjustly at collective and individual levels when it came to application of law and constitution. "Unfortunately this view has only been vindicated by the way and the myopic handling of Guru’s case and its impact on ."

Mehbooba said while the long term repercussions of Afzal hanging would have to be observed carefully it is time that government of revisited the entire approach to J&K and the problems faced by it. She said at present there is a clear perception that Guru has been hanged with political motives and has been made a pawn in the electoral politics. This, she said has added to feeling of alienation and is the antithesis of what is universally acknowledged as spirit of nationhood.

The PDP president said the Guru execution comes in the background of thousands of unmarked graves, cold blooded killings by state on street and in fake encounters, custodial deaths and unresolved disappearances. Investigation in all these cases has either not been taken up at all or is stonewalled on one pretext or the other, she said. "The roots of alienation lie in this application of double standards and unless it is addressed with boldness and an open mind it would be difficult to resolve Kashmir through selective application of law and that too in distinctly unholy manner as in case of Guru" she added.

Mehbooba said while the people of the state repeatedly tried to join the democratic process, the government has been unable to rise above its security paranoia, as if Kashmir joined only to be treated as a permanent security proposition with no other needs except the soldier and his gun. She said while those who betrayed the trust of and rest of the country repeatedly are foisted on the state through dubious means, the people are at the receiving end of a harsh regime whose focus is on silencing the people at any cost.

Reiterating her party’s demand for the return of Afzal’s body to his family, Mehbooba said it was painful to hear the home minster of the country offering ‘to consider their request to visit his grave’. After denying the family their inalienable right to a last meeting and the body of Afzal it looks bizarre to produce a post office receipt as evidence when the whole world had known how the execution had been carried out stealthily, she said. The episode she said has created a large hole in the already considerable trust deficit between the state and rest of the country, which she hoped would be realised by the national leadership in order to apply a course correction in its approach to J&K.

Mehbooba said the inability of the state government to intercede in a case which everybody believed was a fit case for commutation could once again squeeze the space for entire mainstream.