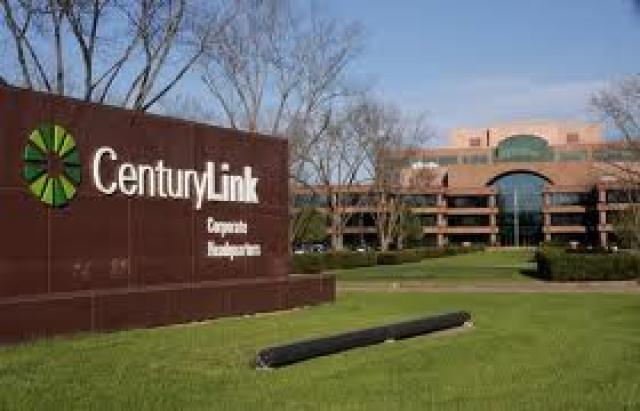 My home phone still doesn’t work properly, my internet is slow and unreliable, and they are digging up roads and other areas in my neighborhood.

The biggest picture, the highest level view, is that this is a Colorado problem. It is a problem with many businesses and people here. Some employees are not ethical, educated, concerned people. It is kind of a wild west thing; it is an ‘I’ll do what I want’ attitude. In my opinion it hurts the economy.

I remember about a year ago calling CenturyLink when I first tried to get the company to fix my problems. This was after the "merger" (aka, acquisition) of Qwest was 100% complete. After over fifteen years of being with the company they had no record of me as a customer. And their computers–this is a technology company–were down. The person I spoke with promised to get back to me and never did… a precursor. They do not want to be contacted by customers, especially if it involves a problem. And their headquarters and senior executives are absolutely off limits.

That, I suppose is a major component of customer satisfaction and indeed long-term business success. People who want to know and want to fix it.

There is the guy who took two hours trying to fix my service, called me from somewhere, and then disappeared without fixing a thing. Then there was the experienced repair person who insisted a phone cable attached to an unused, not plugged-in modem caused my slow DSL speeds. (Actually, it has had no affect.) There is Mike McDonald, Roberta Moore, Tamara Neher, and Gary Dietz who wouldn’t return my calls. There is Sherry in the executive escalations office who refused to help and hung up on me. And of course, the worst of all is David J. Schmidt.

Mr. Schmidt (877/440-8959) acts like a big shot but you can tell he’s a wannabe. "Take your service elsewhere" he nearly screamed before hanging up on me. I suppose I know what he meant but I don’t offer service… That was why he called, to vent, threaten, and harass, and he told me he is going to do it again on Monday. Then he said "We have done this before," meaning try to intimidate customers with unfixed problems into leaving. I have seen and studied a lot of bad customer service, but I cannot recall anyone in a responsible position in a large company acting with such personal vehemence. "Someone at my level," he said, completely unsolicited, "I have the authority to issue thousands of dollars worth of credits." But he doesn’t have the authority to fix my home phone, provide internet service to specifications, or to prevent destruction, outages, and illegal behavior in my neighborhood. Nor does he have the authority to ensure that all Colorado utility regulations are followed. I remember he asked what "intractable" means when I used the word. Can that word be used to describe a person?

I can tell that there is an ethics void at CenturyLink. There are the interminable hold times, unreturned phone calls and e-mails, and online e-mail forms that don’t work. Yes, it is a Colorado problem and it seems to be a Northern Louisiana problem too. David J. Schmidt is following the CenturyLink leadership and cultural precedents–there are just too many clues pointing to that conclusion.

CenturyLink’s modus operandi is M&A–mergers and acquisitions–not service, customers, or neighborhoods. What a terrible way to run a company; personally, I wouldn’t buy their stock. "CenturyLink’s 2011 annual revenues were $15 billion, up from $360 million in 1992 when Post was appointed CEO." Is CEO Glen Post the next Bernie Ebbers?

Author’s Note; Is this a rant? Is it okay to include names and phone numbers if it is absolutely true, publicly-available, and not intended as a personal attack? This is only my second GroundReport posting so I don’t know. I am a marketing research director and former FBI employee, and I consider myself knowledgeable about customer satisfaction. My education includes a BA in anthropology and psychology from Michigan and a Master of Masketing Research from Georgia.  Recently I have been studying and writing about corruption. There is more to come… My blog is here.