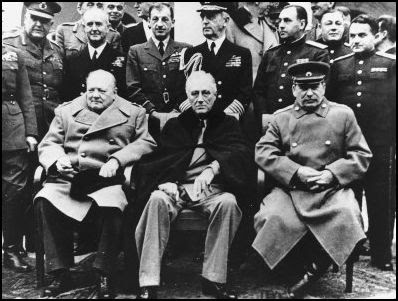 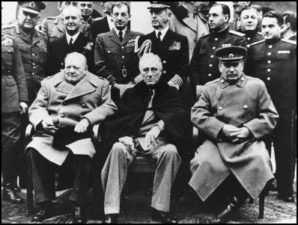 The world was pushed to the tragedy of the Second World War by exorbitant revanchism and dreams of world domination in a sick imagination of two dictators.

On the eve of war, there was a system that was intended to restrain such exorbitant appetites. After the Great War of 1914-1918, civilized world fell into searching tools that would prevent the next global catastrophe. The favorite “daughter” of US President Woodrow Wilson – the League of Nations, became such an instrument. Great idea for those who still suffered from the wounds of the Great War – together peacefully resolves conflicts with the principal non-usage of military force. But after a quite small period, the system received a hit by the hit from dictatorial regimes – Italy in Abyssinia, Germany in Czechoslovakia, the USSR in Finland … These attacks (each of which had a historical / legal “justification”) showed a complete failure of the European security system. Attempts of civilized reconciliation were breaking on diplomacy of demonstrative militarism. Western democracies were strongly condemned, demonstratively excluding aggressors from the structures of global organizations and trying to use economic leverage. At least, in general terms, everyone knows the result.

And during the life of one generation, Europe suddenly gets another terrible injury. Obtained post-traumatic syndrome, in complex with a terrible prospect (sometimes too real) of nuclear apocalypse, has manifested through seven long decades after the world’s most famous newlyweds suicide.

Coherent system of collective security faced with the same challenges as in the 30-s of XX century. It should be noted immediately, that the comparison with the confrontation of the Cold War is incorrect, because it was a strategy of containment and expansion as an element of the containment. Now we are seeing an aggression of a very different character. Classical imperial state, mobilizing its people to “revenge” for the “greatest geopolitical catastrophe of the XX century” will never work on deterrence. It will work on aggravation.

The modern system of collective security, the Western democracies are tied with, was built entirely on the experience of total war. Certain adjustments to the concept were made on the experience of regional conflicts. Therefore, any future large-scale conflict was seen as a total. The mobilization plans, troops deployment procedures, the details of conventional and strategic weapons usage and etc., were developed according to it.

Another challenge of our time is a “split” of European values between the holiness of the right of nations for self-determination and strictness of the established boundaries. During European history this issue was rarely sharp, but every time, very painful. It often considered as a domestic problem of the “European family” members, but the most painful conflicts were solving together with paying a high price. The illustration of this fact – the problem of Kosovo. In this context, “European problem” is the “distant» regional conflicts in the post-Soviet space. Europe dissociate itself from this as from distant (geographically, but not mentally) internal crisis in the periphery of the former Soviet empire.

And now, there is a state with the ambitions of yesterday and with the level of technological development – the day before yesterday. Nowadays, such an anachronism (in some terms) is compensated by a novel idea – so called “hybrid war”. It is obvious that weaknesses of Old Europe were calculated with a surprisingly high quality.

The mental crisis and, accordingly, a split in perception becomes the biggest challenge: where is a limit after witch you need to fight for your fundamental value, how real must be a danger to afford the usage of force, and what is happening there – terrorism, open war or struggle for self-determination?

We must pay a tribute to the aggressor, or collective plan, or notional “evil genius”: nobody was ready for such a situation. Taking into consideration the power of Western military machine, the technological advantage, the hard work of the General Staffs and various analytical centers – nobody.

Specifying the direction of the Russian threat in Europe we will get something like this. It is clear with natural imperial pretensions to Ukraine and with a traditional appetite for the Baltic “window to Europe”. But a very small attention is paid to another dream of the Russian Empire – Balkan-Danube region.

At this stage, the probability of Russian military aggression in Bulgaria and Romania is extremely low. Obviously, that open confrontation with NATO now (this countries are members of alliance since 2004) would be a suicide for Russia. There is remains another lever of influence – support of anti-European movements, which historically committed to Russia in these countries. Thus, it is possible to deteriorate the situation within these countries and to provoke a block split, followed by releasing of some members. Although, the last forecast was too optimistic for Kremlin’s foreign policy. Events in Ukraine have stimulated the consolidation of pro-European forces (not in a question of political and economic integration, but in terms of overall system security), and the marginalization of pro-Russian movements.

Another situation is in Moldova. The country has clearly defined its political curse – European policy. Despite the permanent parliamentary crisis and significant number of Russian-speaking population in Moldova it adheres the west direction in its foreign policy. But there are objective factors that significantly influence the situation in this region. The most important of them – the unsolved problem of Transnistria. The situation is especially complicated by the presence of Russian troops in a region. Any hopes that these troops will leave the territory of Transnistria peacefully are useless. This frozen conflict is a powerful brake for the Moldavian policy, both domestic and foreign. In addition, there is a numerous pro-Russian diaspora (especially all kinds of “Cossacks” and “guards”) in the country. Thus, we can say, that Moldova remains a weak point for the entire Balkan-Danube region. Taking into account the strategic interests of Romania in the Republic of Moldova, the conversion of annexed Crimea on a solid military base, dreams to build a “Russian world” along the Northern Black Sea Coast, the presence of Russian army in Transnistria, the danger of inflating another conflict in Europe is more than relevant.

Filed under: News, Opinion
Share Tweet Pin G Plus Email
previous article: 5 Weird but Fun Sports You Haven’t Seen in the Olympics … Yet
next article: MARCH AGAINST MONSANTO