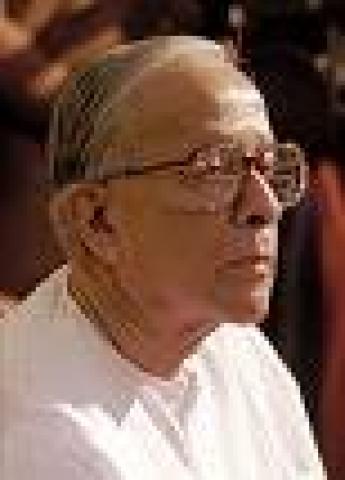 After the recent developments in Karnataka where Presidents Rule has been imposed after political instability of a nature that is now fairly common now in the country, I have begun wondering what is better for good governance – change or continuity. Change we see in plenty- in fact we are now inured to change to a large degree; to an extent because we see so much of it and also to some extent because of the increasing number airport bookshelf books that have profited by talking about it ad nausea. The one I recall off hand is the rather well known who Moved My Cheese” but this by no means is the only book on the subject.

If change is plentiful, continuity is scarce. In India, in the political domain, the only place where there is any sort of political continuity is West Bengal excepting of course Union Territories like Chandigarh, Diu and other such places where faceless bureaucrats rule in the name of the President of India. Some one born in 1977 or after in West Bengal does no know what it is for any other party to be in power other than the Left Front, thus far the longest running coalition government in the country.

This person , who now in 2007 would be 30 years old , would have known of only two Chief Ministers in his while life, Jyoti Basu, who was in power for close to a quarter century and the present Chief Minister. Apart from the Chief Minister, there is a whole host of ministers who are the same for decades unless they have lost election or died. The assembly speaker, Hashim Abdul Halim too has been in his seat for the last twenty five years in an unbroken chain. Looking at the political landscape, it does not look that any thing is likely to change soon in West Bengal. If there is one place where the results of any election are more or less certain it is here.

Continuity allows for some advantages that too much of frequent change does not allow. You can envision better , plan strategically and act to make those plans happen because you know already what the future might look like – at least some pieces of the future that are in your control. Stability should count for some things in life and provides some key advantages in that long term plans can be laid and executed with comparatively fewer hitches and glitches. In fact although change, especially rapid and unexpected change gets so much of attention, it is not so much because this is always helpful but because it is inevitable and unavoidable and the longer and smarter one prepares for it, the better one can deal with it.

But though frequent change causes a lot of churn and indeed is reported that the current Chief Minister of West Bengal apparently called the years of his illustrious predecessor, “the wasted years” and alluded that not much happened in the state over that long period of time for which he was having to move at a faster pace and which in turn was leading to social unrest. In fact, it is an irony that few states have enjoyed the political stability and predictability that West Bengal has enjoyed but if one looks at the social or political indices, the State is not very high up the ladder any where.

So I guess, ultimately neither change nor does continuity contributes to progress but some sort of controlled socio-political anarchy does. How else does one explain this that many of the political leaders that most states that have experienced economic progress have been political leadership not known for being astute leaders or statesmen and yet they are some how able to ensure that social capital thrives and multiplies. And yet West Bengal in spite of having one of the most erudite and educated of leaders, in fact one might even call them visionary leaders has stayed where it was for decades. Surely there is a social phenomenon here that is waiting to be explored and explained.