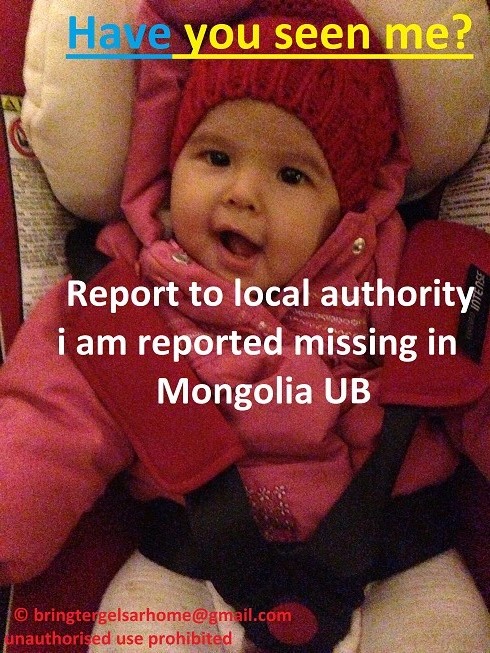 Mr Sh Sukhbaatar, head of Consular Department at the Foreign Affairs Ministry in Mongolia , has announced Search for 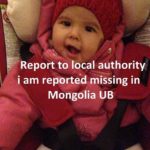 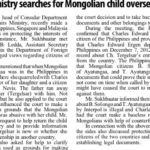 Charles Edwards Krasny Ergen, The Son of  DISH CEO, Charlie Ergen, has abducted his own Daughter while making Court to make Baseless decision by providing Counterfeit Documents to the Court of Philipines, as stated above by Mr Sh Sukhbaatar, who has made a request to help to return the child to her home country, and to provide information about where Tergelsar Charles Edwards Krasny Ergen is residing Currently.

The Last Whereabouts was said to be Colorado, Denver Littleton via Change.org , where Ayatungaa Todruul Has Launched Campaign to bring her beloved Daughter home.

If you have any questions or information about this little missing girls whereabouts, please email to bringtergelsarhome@gmail.com

Currently it is Known, that Charles Edwards Krasny Ergen has changed his name to Charles Edwards in country of St Kitts and Nevis,it is very possible,that the little Tergelsars name is Changed too. Usually she is reffered to as Luna.

No copyrights are violated while writing this Article,  As it was stated previously By Charles Ergen by Failing false claims via United States Based Solicitor Mr Stracher against Twitter in order to delay search and prevent the distribution of this missing little girls picture.