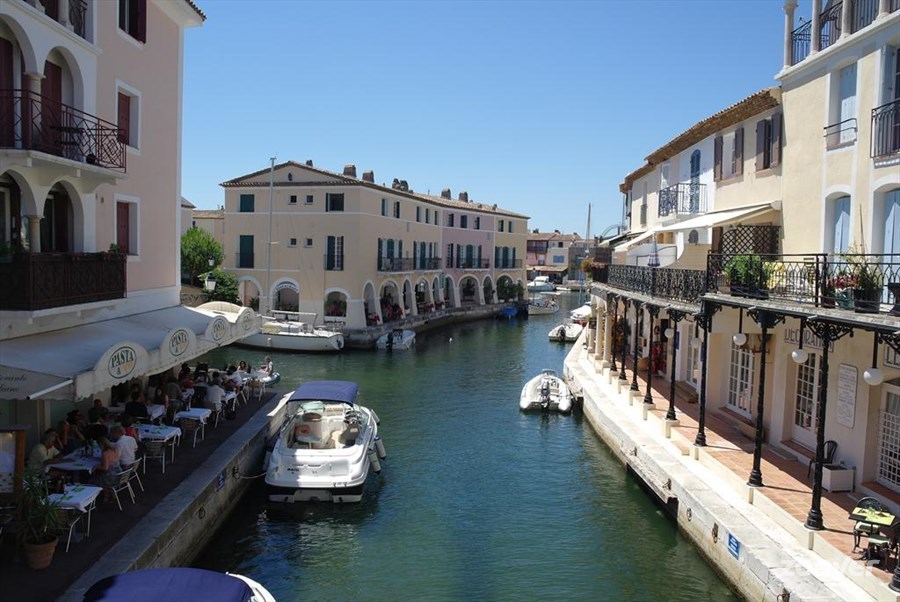 If you’re venturing to the French Riviera or the Côte d’Azur, as it’s known in French, then a place that should definitely be on your radar is Port Grimaud. Just seven kilometers from the hustle and bustle of St. Tropez, Port Grimaud offers a serene and peaceful retreat from the crowds in a unique setting.

While the French Riviera is full of historic villages and towns that date as far back as the Roman Empire in some instances, Port Grimaud offers a more modern sense of French Riviera culture with an Italian twist.

The rise of Port Grimaud

This extraordinary villages lies in the Commune of Grimaud, a medieval village that perches high above the seaside village below. The whole concept for Port Grimaud was to create a ‘Little Venice’ amidst the sand dunes of the Gulf of Grimaud, which was the vision of architect François Spoerry.

This vision came to life in 1966, when Spoerry created a town built on the marshes of the Giscle river that is now a wonderful maze of Venetian-style canals lined with French fisherman’s houses that each have their own boat mooring berth.

The effect of this ambitious architectural feat gave birth to a marvelous seaside village that is also known as ‘Little Venice’. It fantastically depicts traditional French culture with a Venetian twist and offers beautiful sandy beaches too.

The initial building phase of the project was completed in the sixties and was deemed so much a success that not long after (in the seventies) phase two was underway. This was called Port Grimaud 2and expanded the town to the east, but was later added to again with phase three being built in the nineties. 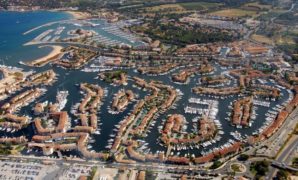 This wonderful experiment in architecture has created Port Grimaud as it is today, which consists of 12kms of quays that are beautifully lined with colorful Provencal-style houses, including luxury accommodation options, manicured gardens and, of course,boats. The current village of Port Grimaud spans across four islands that are beautifully interconnected by bridges over the waterways that further enhance the Venetian feel.

Its these unique qualities that make Port Grimaud one of the most visited places on the French Riviera, and a true gem of this beautiful region. With a fabulous story behind this charming town, it’s become a haven for boating enthusiasts and holidaymakers alike from all over the world, who not only want a slice of France, but also a little taste of Italy too. There’s luxurious villas to rent in Port Grimaud, along with fine dining and a wonderful atmosphere at every turn that captures people’s hearts while they’re holidaying in the region.

It’s impossible to resist the charm of this seaside village – it is full of character, virtually traffic free and bursting with color and vibrancy. What better way to enjoy the French Riviera and all its magic and glory that sitting canal-side, watching the world go by, while enjoying fantastic food and fine French win?