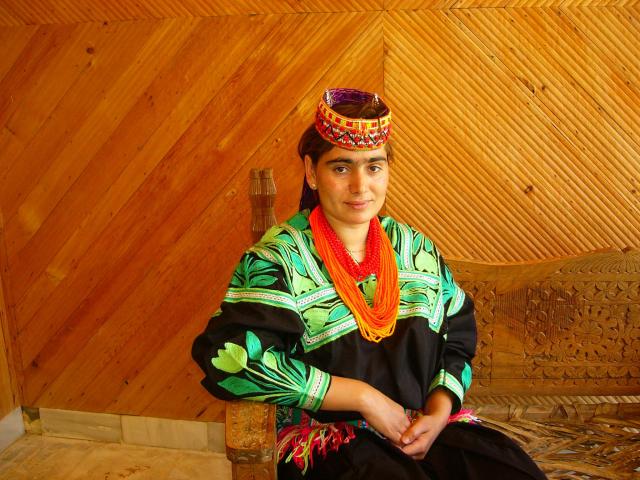 CHITRAL:  More than six kilometers of Lawari Rail tunnel have been excavated said a National Highway Authority official to this scribe. The Lawari Rail Tunnel having total length of 8.6 KM with some 7 meters width and 6.79 meters height. Ground breaking ceremony was held in July 2006 by President Parvez Musharaf. Excavation work of the tunnel will be complete to the end of this year hence tracking for railway line will be complete next year and it is expected that Lawari Rail tunnel will be open for traffic in 2010. Some 24 vans including loaded Trucks and heavy vehicles would be uploaded on the compartment of Rail which will be shifted from one side to other side through rail running inside the tunnel. Lawari tunnel is a matter of life and death for inhabitants of this area which remain block at least 4 to 5 months a year due to heavy snowfall on the top of Lawri pass. As a result Chitral remain disconnect to other parts of the country.

On the completion of Lawari Rail Tunnel fate of these people will be change as Chitral is a gate way to . People of the area were using and trying to cross Lawari pass by feet and in this practice some 18000 people have been died since 1885 while they were trying to cross snow bound Lawari pass by feet in winter and cool season. 12 people including 7 cops of Chitral Scouts were died this year. Lawari Rail tunnel is very unique and longest tunnel of the country under construction of National Highway Authority (NHA) through Korean Construction Company SAMBU. It is expected that construction of Lawari Rail tunnel will carry green revolution in the area. Ataleeq Jafar Ali Shah was the first MNA from Chitral who raised voice for construction of Lawari Tunnel. Hence Zulfiqar Ali Bhutto started excavation work in 1977 but it was stopped by General Ziaul Haq the then president and Chief Martial Law Administrator of Pakistan. Hence work on Lawari tunnel once again started by an other General and President of Pakistan Parvez Mushraf with allocation of 8 billion fund.

Wireless loop service ( V. PTCL) badly fail to serve its consumers especially small hand sets not working for the last one week. It’s out going and incoming call service is out of order and not working properly consumers of the area registered their complaints time and again but no action was taken so far. The owner of local Franchise complained that an Engineer of WLL (V PTCL) had arrived here who disturbed the system by touching with system of tower as a result hundred of V. PTCL sets silent. Hence some source also alleged the engineering section that it is an conspiracy against V. PTCL to fail it and to promote business of mobile companies. Consumers of the area have appeal to high ups of PTCL to remove the fault and to re-activate all V ptc hand and table sets immediately otherwise they warned that to return their sets to local franchise as a protest.