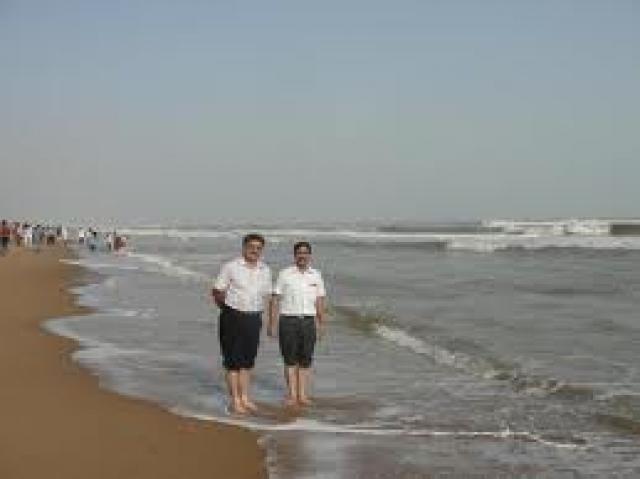 Speaking of falls, there is nothing to beat the 250 ft high Pradhanpat falls in a nook Deogarh, erstwhile capital of Barma, one of the 26 feudal states of pre-independence Orissa. The waters seem to descend in a leisurely rhythm, reminding you of the unhurriedness of time here. The place shaded by rocks and tall trees is stepped in a fascinating melancholy. From the foot of the fall, one can see a cave higher up, with the blurred statues of a tiger and a snake, perpetuating the memory of a tragedy; a young Raja of Barma shot down a tiger that lived in the cave, but as he reached his trophy, he was bitten to death by a snake, the tiger’s cave –mate.

The magnificent Barhecipani waterfalls in the Similipal hills of Mayurbhanji are relatively better down known, for around it has been developed a national park.

There are places in Orissa which, even though well known, contain wonders in them that have evaded the traveler. The foremost of them is Chilka, India’s largest freshwater lake-460 squire miles in area. Millions marvel at its silver ripples while they travel by train between Chennai and Calcutta. But few outside Orissa know that the lake is dotted with isles of fairytale enchantment. Yet access to them is so easy! One could get down at the Balugaon railway station or can drive there from any major town in Orissa and can hire an inexpensive motor launch from the fisheries department.

Yet another convenient spot to approach he islands, by the even more exiting means of country boats, is Rambha, another railway station. Two miles inside the lake from Rambha is Breakfast Island, a submerged rock with a bungalow built on it by the Raja of Khallikote? Barkuda Island is populated by spotted deer.

A little farther is the isle of Kalijai, named after a legendary girl who was being taken by boat, against her wishes, to be given away in marriage. A terrible storm burst forth while boat was off the island. When it subsided Kalijai was missing. But her spirit dwells on the island-in a temple erected for her later-and protects those in distress on the lake.

Fifty miles from Chilka is Gopalpur –on- sea, a quiet sea resort ten miles from Berhapmur, the major town of Southern Orissa, approached by bus? It is equipped with private lodges and tourists bungalows including two western –style hotels.

Few visit Taptpani, a hot spring, 42 miles from Gopalpur, continuously gorging out bubbling sulphur water. The elegant PWD bungalow constructed nearby on a mound has a bathroom with a connection to the spring-indeed a station worthy of God to relax!