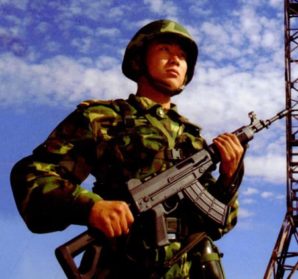 China recently has accused the US of carrying out espionage of its military installations.

China however refuses to discuss specific allegations of US espionage, but did speak generally of its concerns.

Investigations found that fake companies or sightseeing tours are often used as pretexts by outside entities, particularly the United States, to approach sensitive Chinese facilities for the purpose of “gathering military secrets.”

According to Song Xinfei, a staff officer in Ma’s bureau, which is in charge of planning and oversight of military infrastructure, some overseas intelligence agencies’ aggressive efforts have posed substantial threats to the security of PLA facilities.

An inspection report cited by PLA Daily shows that a local government near an unidentified naval base in the southern island province of Hainan repeatedly violated regulations by allowing foreign-invested villas to be built inside the base’s restricted area.

Shan Shaoli, another staff officer told the daily that there more than 1,000 high-rises that exceed their approved heights inside the flight-security perimeters of the country’s airbases, leading to the closure of nearly 20 bases and about 100 accidents.

To resolve the potential threats to its sensitive military facilities, the National People’s Congress Standing Committee, China’s top legislature, passed a set of amendments to the Military Facilities Protection Law on Friday.

The latest allegations is a continuing “tit for tat” exchange between China and the US – who both accuse each other of espionage.

“Edward Snowden told everyone that the U.S. has hacked [former] president Hu Jintao’s classified information,” said one  Chinese official, who declined to be named in this report. “Should China accuse the U.S.? China has complained and asked President Obama to stop cyber-attacks on China, but Obama has refused”, the official complained in an email received on July 6, 2014.