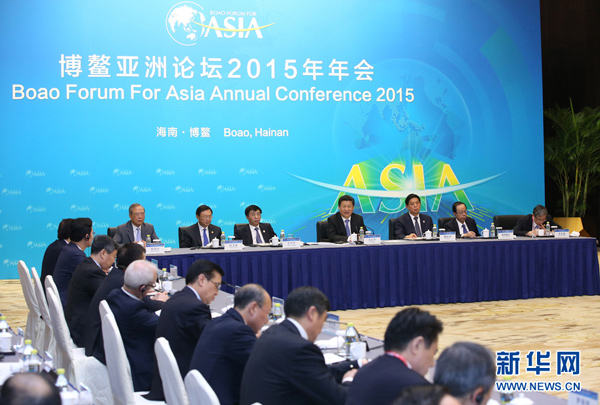 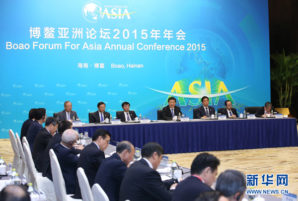 At the annual Boao Forum 2015, held under the theme of “Asia’s New Future: Towards a Community of Common Destiny”, the President of China Xi Jinping delivered a keynote speech, explaining China’s vision of an economical project that is going to change the face of Asia.

In the past decade, China’s outward foreign direct investment expanded significantly. According to the World Investment Report Overview 2014, FDI out of China rose to 101 billion USD. It is expected that in five coming years, Chinese investment abroad would exceed 500 billion USD. Xi Jinping announced a number of measures aimed to promote a system of regional financial cooperation, such as a platform for exchanges and cooperation among Asian financial institutions and an advance complementary and coordinated development between the Asian Infrastructure Investment Bank (AIIB) and such multilateral financial institutions as the Asian Development Bank and the World Bank. But more importantly, Xi Jinping officially explained the whole idea behind these expanding investments, and provided a clear overview of China‘s ambitious Silk Road plan, which on a long term is expected to boost Chinese political and economical influence in the region.

The first vision for the project was developed few years ago. The idea was simple: to build necessary infrastructures, both in China and abroad, that would revive the ancient Silk Road and all its routes in a new, modern way. It was first introduced by the President Xi Jinping in September 2013, during his speech at Nazarbayev University in Astana, Kazakhstan. Xi Jinping called Kazakhstan for expanding regional cooperation and jointly building an “economic belt along the Silk Road”.

A month later, in October 2013, Xi Jinping addressed the Indonesian Parliament. He spoke about China‘s plan to develop a Maritime Silk Road – a complementary initiative aimed at fostering collaboration in Southeast Asia, Oceania, and North Africa, through several contiguous bodies of water – the South China Sea, the South Pacific Ocean, and the wider Indian Ocean.

The New Silk Road would encompass Central Asia and South Asia and end in Australia, while the sea route would link Chinese ports to the Belgian port of Antwerp. An overland route, named „Silk Road Economic Belt“, goes from Xinjiang province through Kazakhstan, Central Asia, Iran, Iraq, Syria and Turkey, connecting China to Europe. The sea route, or the „Maritime Silk Road“, would go through the South China Sea, the Indian Ocean, the Red Sea to reach the Mediterranean via the Suez Canal.

Financing of the project

The “Road and Belt” strategy is supported through a number of newly established financial institutions: the AIIB, the BRICS Bank, the Silk Road Fund. China will also allow companies and financial institutions with good credit ratings to issue renminbi bonds in China for their financing needs. A regional financial risk early-warning system and an exchange and cooperation mechanism for addressing cross-border risks and crisis will be created as well.

China already invested 40 billion USD into newly set up Silk Road Investment Fund. The Fund is “open” and welcome investors from Asia and beyond to “actively” take part in the project that targets infrastructure construction, exploration of natural resources, industrial co-operation and finance.

Progress made so far

There has been significant progress in some areas of development and integration of the region in the past decade. China has already become the most important trading partner in Central Asia, and the second largest trade partner of Kazakhstan, Uzbekistan, Kyrgyzstan and Tajikistan.

In the area of energy cooperation, impressive results have been achieved, including construction of a Sino-Kazakhstan oil pipeline and China – Central Asia gas pipeline, and implementation of other large energy cooperation projects. 2,800 km long Kazakhstan oil pipeline was officially launched in 2006, and became an important energy artery for China. Kazakhstan has delivered more than 5,000 tons of crude oil to China. China – Central Asia gas pipeline with annual gas transmission capacity of 30 billion -400 billion cubic meters, has transported more than 600 billion cubic meters of natural gas to China between 2009-2013.

In the area of transport infrastructure development, only in 2012, during the SCO summit, China has committed over 10 billion USD into infrastructure projects in the region.

The image of the Silk Road itself is romantic enough to make people dream, and China uses this attractive image in the marketing campaign of One Road, One Belt, striving to attract a large number of investors. Land „Belt“ and Maritime „Road“ , if implemented according to the plan, would strenghten China’s positions not only in Asia, but also in Europe. Increased regional integration would boost trade volume up to 2500 billion USD per year. Stronger financial cooperaton could also increase the role of Chinese yuan in the world.The Belt and Road would bring clear benefits to China, especially in the time when economic growth of the leading exporter and the second largest economy behind the United States is decreasing for the first time in the last 24 years.

Regional trade integration would help China to secure supplies which it is heavily dependent on. At present, 9% of oil and 3% of natural gas consumed by the Middle Kingdom comes from Russia. The modernisation of land and sea transport as well as greater international cooperation would lead, according to President Xi Jinping, to improved regional stability. At the meantime, stability and peace are a necessary pre-conditions for success of the project, as some areas of the new Silk Road are under threat of Islamist terrorism, separatists movements, and piracy.

Although according to China’s Foreign Minister Wang Yi, One Belt, One Road is “not a tool of geopolitics,” China could still attempt to turn economic cooperation into political influence to manage power competition with US and Russia.