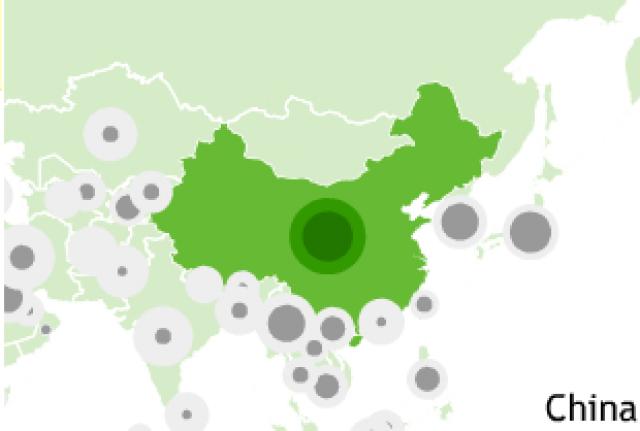 Plans for a proposed petrochemical plant that brought out NIMBY protesters earlier this month may be shelved after the earthquake. Six people were detained for the protest, called a “stroll” to get around applying for a protest permit. Charlie McElwee at China Environmental Law blog says:

I would hope that those arrested and detained are treated leniently. It appears they had valid points to make, and they wouldn’t have had to make them in an unorthodox fashion if the public participation regulations applicable to construction projects had been complied with.

Julian Wong at Green Leap Forward blogs about the long-term energy implications of the earthquake. He notes that the operations of China’s largest steam turbine producer were evidently decimated, while the impact on Chengdu’s dams and hydropower are potentially even more serious,. Julian expresses hope that long term considerations will come into play after normalcy is restored, saying

It is hard to imagine that amidst the chaotic frenzy to restore a sense of normalcy across the region, that such far sighted considerations will be given much weight over the immediate needs of those affected. When the dust settles, however, there will be an opportunity to consider, and not without international cooperation, what it means to rebuild a more sustainable set of infrastructure.

Several bloggers are highlighting stories about animals. Richard Heisler spotlights the plight of the Wolong Pandas and the efforts of Panda International organization.

In the aftermath of the earthquake earlier this week the situation is very desperate in Wolong. Both the animals of the Wolong Giant Panda Preserve and the caretakers need all the possible support they can gather to assist with the incredibly difficult task of caring for the bears, the cubs and the people of the town of Wolong. Pandas International is assisting Wolong directly with the help of the Red Cross in China to get medicine, food and supplies flown in to the completely isolated town to aid the doctors, veterinarians, pandas and people.

By now, there have been more than 300 smaller aftershocks in the region. The torrential rain has been unrelenting, causing mud slides. Huge boulders are coming down the mountains, blocking the already treacherous roads and making any rescue attempt difficult. Wolong Nature Reserve, the synonym for China’s Giant Panda is at the epicenter and is still not accessible.
I am not so concerned about wild animals. They often have the ability to sense the abnormalities in nature and thus get away, like those elephants and monkeys that sensed the Indian Ocean Tsunami and scurried away from the beach to higher ground. It is the animals that are in confined environments that will likely become victims, millions of livestock on farms, companion animals in people’s homes and even pandas that are kept in captivity.

Danwei reports that the Yunnan White-Handed Gibbon of southwest China has been declared extinct.

Andrew Field at Shanghai Journal blogs about the damage of eating shark fin soup, a popular dish in China. He notes that the damage is caused by mass killings of sharks, which causes an imbalance in the ocean ecology. adding…

While many countries are waking up to this disaster, most people here in China are completely in the dark as to what the mass killing of sharks is doing to the ecology of the oceans. Many fancy restaurants in Shanghai and in other cities serve shark fin soup and some restaurants (such as Yu Xin on Weihai Road, where I ate last Sunday) have prominent displays of shark fin cartilage in glass cases. Shark fin soup is especially popular for high-status events such as weddings or official banquets.

As of the writing of this post on May 25th, China Digital Times reports that powerful after shocks hit China. More about that developing story on their blog.