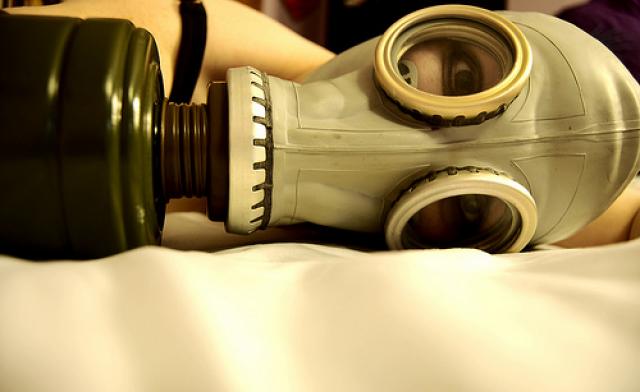 While not bird flu related, the recent outbreak of HFMD (Hand Foot and Mouth Disease) in China gives us an opportunity to see how the Chinese government responds to an epidemic. During the weekend china issued a countrywide alert to control the disease as it is also spreading in many other parts of china. Still, one can’t see the end of that trouble that is on rise with every passing day. BloggerChenguang [zh] shares his opinions comparing it with the outbreak of SARS in 2003.

Before April 23rd, the disease control experts in Anhui Province felt the anxiety and concern because of the confirmation of the cause of the disease. But later on they found the original cause of this public health event, which was the epidemic intestinal virus EV71 found 40 years ago, and this virus triggered the “hand, foot and mouth disease” in many countries around the world. Last year, in Shandong, Anhui’s neighbouring province, there were nearly 10,000 illness cases reported, including a few deaths.

When the outside accountability comes to Anhui Provincial Health Office, asking for “a timely disease report to the Ministry of Health”, the high-sounding excuse that “intestinal infection EV71 virus is not a statutory infectious diseases that must be reported” has completely passed the buck to others. At that time, in actuality, more than 10 children had died in Fuyang.

After the accident, more than an afterwit official said to the media, “China has about 20,000 to 30,000 cases of various infectious diseases reported daily and more than 6 million reported cases annually. If we report each one of them, won’t it inflict social instability?

Ideological attention, but backward practice. In China’s administrative culture, security is the matter officials have to seriously concern about. Otherwise, it may cost their official positions. Higher-level officials will often use “the motherland and the people” to teach the lower level of officials. However, this will only attach importance to managers of “social safety incidents” and ignore the “public health” / “natural disaster”. In order to “clear” responsibility, in the event of crises, they are more likely to hide, not report or just “report up”. Being devoid of the effective system and mechanisms to handle emergency matters, the local government also lack the early warning technology and the technical means to dock with the management capacity. The heavy snow in the South early this year had been forecasted by the meteorological department, but there is no forecast in this part of emergency management.

Blogger Lelelele [zh] says a lot suspicion can be raised from the issues of the mass infection of EV71.

On April 29th, Anhui Provincial Health Office announced that 10 million RMB has been deployed to buy the treatment apparatus. But until May 2nd, most of the victims’ families didn’t know this regulation and didn’t receive any profit of the policy, still enduring the high price of medicine. Compared with the refuting of the rumors, which is merely, in a sense, a matter about conscience, the “disappearance” of financial deployment is way beyond that. How inconceivable it is!

English blogger FLA_MEDIC thinks there is a lack of effectiveness in China’s health and sanitation system.

In 2003, China covered up the fact that they were seeing hundreds of cases of a new type of deadly pneumonia, what became known as SARS, for several months. They have in the past been less than forthcoming about their bird flu cases, and have been slow to send samples to the WHO.

Blogger Yin Minhong even says that PM Wen Jiabao should resign if the government can’t successfully control the spread of the disease.

The number of hand-foot-mouth disease (HFMD) cases reported in China this year has risen to 11,905 by Monday, resulting in 26 deaths, according to Xinhua counting of local official figures. Tang Xiaoping, an epidemic expert and deputy head of the health bureau of Guangzhou, said the drastic rise is a result of an order by the Ministry of Health on Friday, which classifies HFMD as a C class epidemic that must be reported to the ministry.

An anonymous author posts a few words saying the spread out of EV71 reflects much broader and inner social problems in China.

It might help to put this epidemic in perspective and look at the history of outbreaks in the past and also at the health condition of children in that part of China. Are these children at higher risk for some reason? Are they susceptible to other infections? What is health care, poverty, economics like in that part of China. The air looks very polluted there.