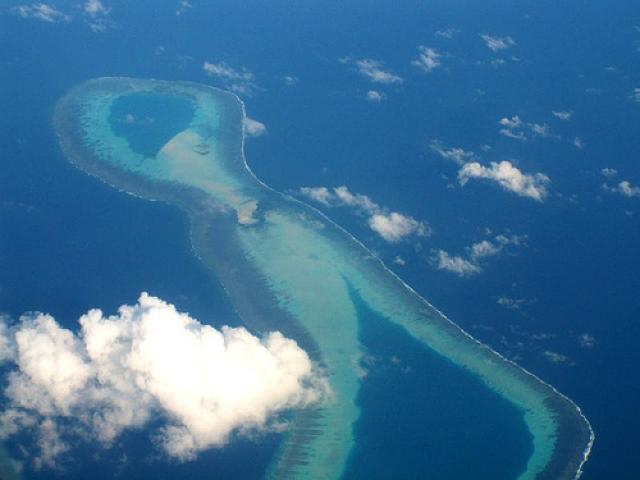 If there is anything that the Filipino citizenry should be happy about, it is the latest announcement by the government to cancel its tripartite agreement with China and Vietnam for the joint seismic geographical survey on the portion of the Spratly Group of Islands for energy exploration.

Why not? After all these shenanigans in government, nobody is certain what the government’s agenda are in dealing with communist governments like China and Vietnam. And what makes matters questionable is that the impending joint seismic survey leans more on the territorial jurisdiction of the Philippines, where the Kalayaan Group of islands are now occupied by Philippine Marine soldiers.

Some political experts are questioning as to why the present administration has entered into a secret deal with these two communist countries, knowing fully well that there is an Asean bloc agreement that allows first for consultation before any agreement is sealed with countries outside the Asean.

Another thing is that the impending seismic survey, where China will most probably be dispatching its modern and advanced technological equipment and facilities to explore the potential natural resources that lie beneath the ocean floors of the Spratlys. Does the government have any control on what the Chinese explorers would be doing, not to the advantage of the Philippine interests but to the Chinese government for sure.

And why should the exploration be mostly on the parts of the territorial jurisdiction of the Philippines rather than those of China and Vietnam. Some suspect that China might have other agenda in mind. If it could eavesdrop by posting its high-tech equipment around the country to monitor the strengths and weaknesses of military movements in Palawan, that’s something that the Philippines should be worry about.

To an ordinary mind, why would China prefer to come closer, if only to find out the oil potentials in the areas covered under the Philippine sovereignty? Can’t China use its own satellite facilities to snoop the availability of energy resources underneath the Spratly shelf for that matter? We are all aware that China has the capabilities to do just that, and it creates so much confusions among the bright minds nowadays that the Philippine government may not be aware how the tripartite agreement will affect the regional security in the South China Sea, wherein the Philippine is mostly vulnerable against any attempt to infiltrate its sovereignty, in case any powerful country tries to bully us. Of course, the United States and its allies will not leave us alone, but it is better to be cautious and do nothing at all, especially at this time when a country like China smells huge oil deposits in the Spratlys.

Controlling a big share of the exploration activities in that area would mean more revenues for the Chinese government, as what it is doing in Sudan right now and elsewhere where it has a lot of profitable stakes.

Perhaps, this is an eye-opener for the Philippine National Oil Company. Instead of putting so much fuss on politics, we would instead concentrate on how we can improve and develop our own technologies so that we can be at par with neighboring Asian countries, rather than depend for them on oil explorations in the future.

Filed under: Business
Share Tweet Pin G Plus Email
previous article: Australia could face a fine up to $2 million
next article: A Glimpse into War Journalism