It was Mao’s 1970 dream for China to get ahead of the United States. Throughout his life, he has seen The Great Helmsman that precipitated his country in the follies of the Great Leap Forward and cultural revolutions. But it is through the current Chinese leader Xi Jinping, general secretary of the Chinese Communist Party (CCP), that some see the Maoist legacy living on.

According to the GDP measured in terms of purchasing power, China already could dethrone the United States from first place, a position that Washington has held since the late nineteenth century.

“We’re no longer No. 1. Today, we’re No. 2. Yes, it’s official. The Chinese economy just overtook the United States economy to become the largest in the world. For the first time since Ulysses S. Grant was president, America is not the leading economic power on the planet,” said Brett Arends, a columnist for the US website MarketWatch.

This is no small victory for Xi Jinping, who for two years has strengthened his country faster than any communist leader power ever since Deng Xiaoping, with the mission to “save” the party with, at the head of the working groups set on important issues, Li Keqiang. He served the party and the army, eliminated his rivals in the name of a fierce anti-corruption campaign and, in digging through the Maoism toolbox, tightened control over artists and intellectuals ordered to distribute among the Chinese a positive outlook. 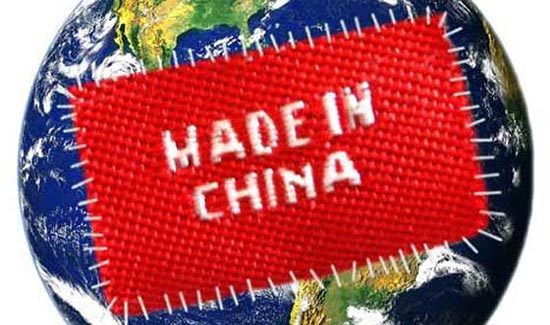 His Chinese dream of a strong and prosperous power is seemingly realized, though the challenges are enormous for the country; to abandon a growth model developed in the late 1970s for the modern Mao. A glorification of the poverty and working classes, placed at the top of the social pyramid under Mao Xi Jinping substituted Confucian myth of virtuous leaders. “From Marxism-Confucianism,” said the Chinese historian Zhang Lifan.

“If they succeed, Xi reforms have the potential to create a one-party state free of corruption, politically homogeneous and economically powerful, with a global reach in short, a sort of Singapore on steroids,” said Elizabeth Economy in the sinologist the latest issue of Foreign Affairs magazine, before pointing the limitations of this strategy. Xi Jinping has created deep inside pockets of discontent and led by its irredentist postures in China seas, true international backlash. Even former enemies of Washington, like Vietnam, are turning to the United States to oppose the maritime ambitions of China.

Political repression has also alienated many of these Chinese people that are otherwise full of talent and resources that the reforms were supposed to encourage. For saving the party is to also subdue the critics, and resume on the initiative of the Western political discourse, giving the people a brighter future – the “Chinese Dream,” the great concept of the Xi era – protecting China of Western ideological contamination. “Xi Jinping has no new ideas, its main objective is to establish a genuine effective dictatorship,” said China expert Willy Lam.

Filed under: News, World
Share Tweet Pin G Plus Email
previous article: STORY To Host Book Reading Of ‘Your Dreams Are Mine Now’ By Author Ravinder Singh
next article: JK Elections: Voting begins across 18 constituencies in the 4th Phase