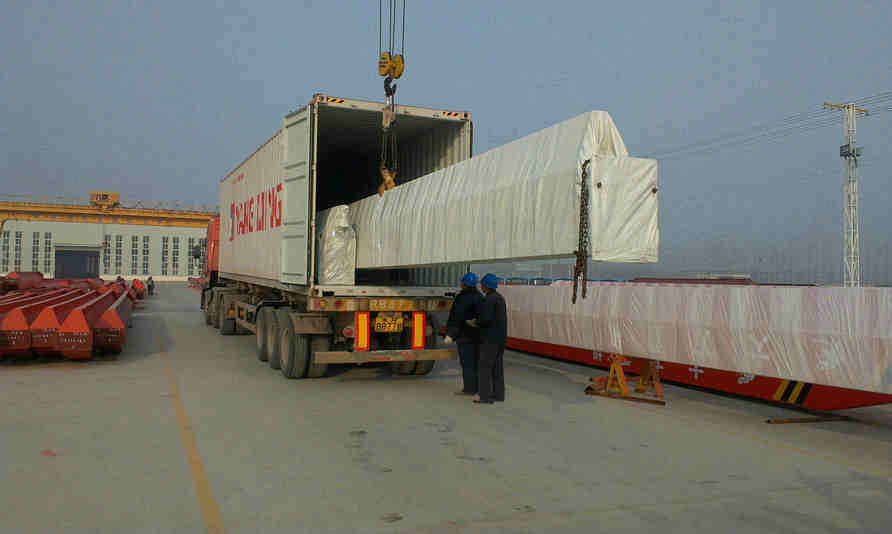 An annual conference which will set the tone of China’s economy this 2017, the Central Economic Work Conference, was concluded by Chinese leaders in Beijing mid-December last year.

With the recent down in the Yuan currency, price hike in raw materials, decreasing demand of China’s product due to the markets preference on higher quality products, and the alarming rate of pollution cause by big plants and industries in China. Last weeks conference focus on deepening the structural reform on the supply side, maintaining an expansionist fiscal policy and moderating monetary policy next year which will address the problems and help to avoid economic pitfalls, to build stability in the growing economy of China. 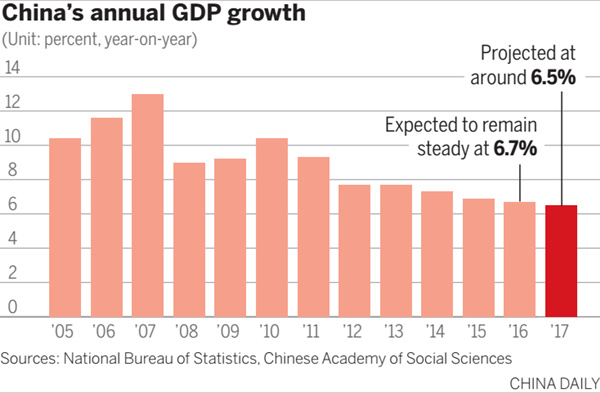 After the annual conference, Mondays forecast from a top think tanks blue book comes an assurance of the country’s stability and growth, while Chinese Academy of Social Sciences (CASS) forecast “China’s economic growth will slow again next year to 6.5 percent, which would be the slowest pace in more than 25 years, down from expected growth of around 6.7 percent for this year”, a moderate rise in consumer inflation by 2.2 percent. Expectations for GDP growth that even if the growth becomes slower instead of growth, anything above 6.3 percent can be considered stable according to Capital Securities’ Wang Jianhui. 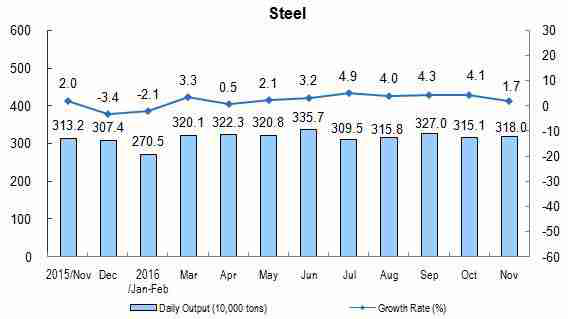 Growth rate of value added of the industrial enterprises: also known as industrial growth rate, which is used to reflect a certain period of increase or decrease in volume of industrial production indicators of the degree of change.

With issues like this weeks severe winter smog in the Beijing-Tianjin-Hebei region, where the suspected root cause are the industrial production like the steelmakers.

Part of the conference agenda, is to boost the development of biomass energy in the next five years to reduce coal consumption and improve air quality in China.

Manufacturing industries in the country are mostly powered by coal. With the plan to promote non-fossil and biomass energy, to run the economy in a cleaner and more sustainable manner. China’s targeting an equivalent of 58 million tons of coal using biomass energy yearly by 2020.

“ I’ve been increasingly pursuing a lifestyle marked by high-quality goods. I won’t compromise on the quality of life.” said Qiu Shiyun, 32, a young mother currently on a break from her job as an office administrator with a private firm in Beijing, explains her concept of spending to China Daily.

Industrial production in China rose 6.2 percent year-on-year in November of 2016, compared to a 6.1 percent rise in the previous two months and slightly above market consensus of a 6.1 percent gain. It was the fastest growth since August, as output grew for manufacturing (+6.7 percent) and electricity, gas and water production (+9.9 percent). – National Bureau of Statistics of China

“Although October industrial profit growth picked up, the structure of growth was not ideal,” NBS official He Ping said in a statement accompanying the data.

With the market consumers high demand for high end products, China’s widely known “low cost product economy” is on a pitfall. A great imbalance that the administration, lead by President Xi Jinping aim to solve with the new  guideline  approved during the State Council’s executive meeting chaired by Premier Li Keqiang at a press conference.

The new guideline is in line with the country’s ongoing economic transition from an investment-driven economy to a more consumption-driven one. A deeper structural reform on supply side, focusing more on the quality of China’s products to pass the international standard and starting new research to promote innovation.

According to the new guideline, by 2020, more than 95 percent of consumer goods in major sectors should meet international standards, up from the current level of 80 percent, said Tian Shihong, head of the Standardization Administration of China.

The country will also make sure more than 90 percent of its consumer goods on the market meet domestic standards by 2020.

The overall quality level for consumer goods should grow steadily, with the national quality competitiveness index (QCI) reaching 84 points by 2020, according to the plan.

China is seeking an upgrade of its manufacturing sector to meet increasing demand from domestic consumers. A number of measures, such as supply-side structural reform, have been carried out.

“The most alarming problem for China’s sustainable economic growth comes from supply side: Overcapacity, lack of high-end products: We have lack of core technology, high-end product and equipment, which we still need to import from foreign countries.”said David Tian, CEO of Xinxiang Degong Machinery Co., Ltd.

“The domestic supply of products can no longer meet the demand for high quality products from our consumers which can be reflected by the growing demand for “cross-border online shopping”, that’s why manufacturing industries take it to ourselves to innovate the quality of our products, though at a higher cost of manufacturing ”, Tian said.

By the third quarter or by end of 2017, China’s leaders aim to make a great shift in the quality of the country’s manufacturing industry. Not just high quality products but a high end brand, and it should transform from  “made in China” to “innovated in China,” said President Xi Jinping.