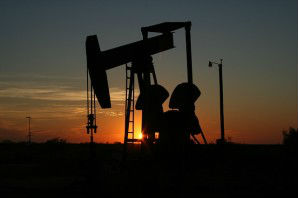 CNPC and Sinopec will take part in phase 2 development of Iranian oilfields of North Azadegan and Yadavaran, as commented Iran’s Oil Minister Bijan Zangeneh on Monday, May 16. The plan of oilfields development has been approved by the Chinese companies in frames of an initial agreement with Iran.

The North Azadegan field, which is situated at the border of Iran and Iraq, is ready to commence production. The field’s estimated reserves stand at 5.6 billion barrels. The oilfield’s development is set to consist of two phases, each one seeing an increase of production by 75,000 barrels per day. The development of the South Azadegan oilfield will be handled by Total. By September 2016, Iran plans to bring the total production of the two oilfields to 250,000 bpd.

The Yadavaran oilfield is located in Southwestern province of Khuzestan and is estimated to hold 30 billion barrels of crude oil.

Iran supplies China with 600,000 barrels each day, increasing export volume by 13% since the nuclear deal kicked in. The current volume could increase further thanks to the involvement of the Chinese companies.

Iranian authorities signed an agreement with CNPC and Sinopec for the latter to invest in the former’s Abadan oil refinery.

After international sanctions have been lifted, Iran has been increasing oil production and has recently reported that the pre-sanction volume of 3.8 million bpd has been reached and that the country could further grow its production if needed.