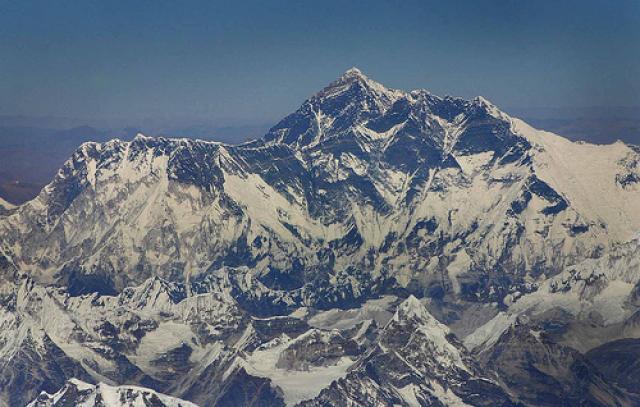 NEPAL, Namche Bazaar – Hampered in their efforts by an early onset of the south Asian Monsoon, the Chinese Olympic Torch is still stuck on the Tibetan side of Mount Everest, delayed by bad weather, according to reports from the Tibetan side.

"From piecing together various fragments we know the Chinese mountaineers are waiting with the flame at advanced base camp 6,500m (21,300ft) above sea level," says the BBC Correspondent Jonah Fisher on the BBC web site.

Further delays past the 10th May deadline could end any prospects of climbers summiting from the Nepali side, according to Ang Tsering Sherpa of the Nepal Mountaineering Association.

He told news agency AFP that if the Olympic Torch on Everest saga drags on past Saturday, then climbers "will not have enough time to get to the top."

Mountaineers returning for a brief sojourn in Namche Bazaar, some 12 miles from Everest Base Camp are optimistic, though many express the same concerns as the NMA on the matter of summiting this May.

"The mountain is going to be crowded and some of the larger Everest climbing groups may well cancel this year, fearing for their reputations and safety of their clients.," said one, who did not want to be named.

Hence, some of the climbers currently languishing in Everest Base Camp may make it, though others look likely to abandon their summit attempts this year.

Some Sherpas are worried about the impact of the Nepalese government policy of giving all aid to prevent any pro-Tibet demos near the Chinese Olympic Torch, which is being brought up the Tibetan side of the mountain.

Controversially, the Nepalese government has banned correspondents from visiting Everest Base Camp and even those without Everest climbing permits until the torch makes the summit and is on it’s way again.

Though it increasingly looks as if Mother Nature is protesting herself at the Chinese torch and not permitting the Chinese climbing group to summit.

"All the ropes ladders and tents which had been pre-positioned on the mountain have been destroyed by the heavy snowfall," Fisher says.

Should this team fail, it would be a further blow to an already battered Beijing, whose Olympic Torch has drawn widespread protests over the country’s appalling treatment of Tibetans and indeed it’s own citizens. China’s policy towads Sudan, the aggressor in the Darfur conflict in North Africa is also causing some heat.

To try to ensure the Tibetan issue is out of the headlines, Chinese government officials are meeting envoys of the Dalai Lama in Shanghai this week.

Many say this is merely a ploy to draw away international attention from their appalling human rights record in both China proper and in the occupied lands of Tibet.

Analysts do not expect much to come out of the recent talks, which have been going on for some years with very little progress.