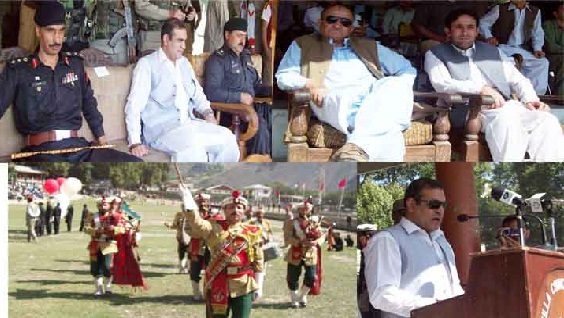 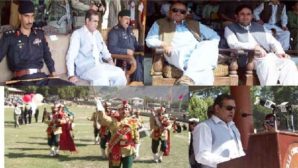 CHITRAL: after so many years the famous Jashn-e-Chitral formally commenced. The opening ceremony was attended by government officers, political leaders, civil society and huge number of spectators. Deputy Commissioner Chitral M.Shoaib Jadoon announced the dawn of the festival which will continue for 10 days. Speaking on the occasion DC Chitral said that due to some certain circumstances this year Shandur Festival could not be arranged however keeping in view the interest of local people towards sports Jashn-e-Chitral was being organized. He said that for the first time polo teams of Gilgit would participate in this mega event. The opening ceremony included guard of honor by Chitral Scouts, Chitral Police and Chitral Border Force.
Meanwhile the polo players of Gilgit have reached Chitral. Gilgilt players were brought to Chitral town in a huge motorcade.

It is pertinent to mention that Jashne-e-Chitral could not be arranged for the last 6-7 years. This mega event would include Football, Free-style polo, Buzkashi and other local events.